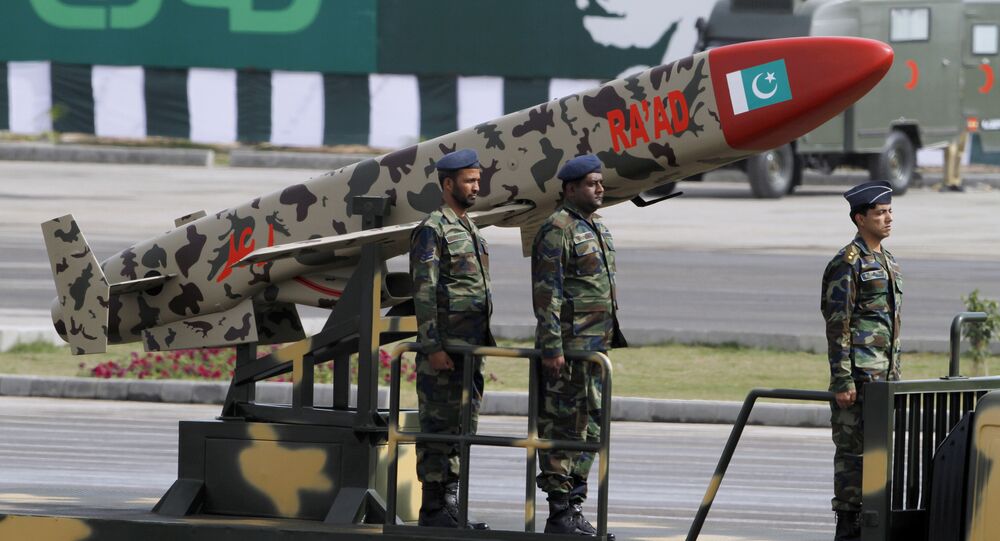 The statement comes weeks after India accused Pakistan of harbouring terrorists and having a “direct hand” in the deadly suicide bomb attack on the Indian paramilitary police force in Kashmir in mid-February. Islamabad, for its part, has vehemently denied the allegations and arrested over 40 terrorists earlier this week.

“India fought and won conventional wars against Pakistan in 1965, 1971 and during the Kargil conflict. Since then, Pakistan’s army has realised that because of our huge economy and superior military strength, conventional wars cannot be won. Since both countries are armed with nuclear weapons, the nuclear bluff was their second option. But it has been exposed this time”, he said on an Indian TV station, as cited by the Hindustan Times.

The finance minister went on to accuse Pakistan of sending terrorists to attack India, and said that Prime Minister Narendra Modi’s approach towards Islamabad has brought a change to the country’s policy:

“Till now, Pakistan’s policy was to send terrorists to carry out attacks, while our policy was to be defensive. Modi brought a small change in that. While we will continue to defend, we will also attack the main source of terrorism. The 2016 surgical strike was our first step, and the latest air strikes were the second”, he added.

Earlier this week, Pakistan arrested at least 44 members of Jaish-e Mohammad, including Mufti Abdul Raoof, the brother of the terror group’s leader.

On 26 February, India’s Air Force carried out an air raid on the alleged base of the Pakistan-based terrorist group, Jaish-e Mohammad, at Balakot, reportedly destroying a number of facilities. New Delhi’s assault was conducted in response to a suicide bomb attack claimed by Jaish-e Mohammad on a convoy with Indian security forces on 14 February that killed over 40 soldiers.

© REUTERS / Anushree Fadnavis
India Asks US to Probe Pakistan's Alleged Breach of F-16 Deal Amid Escalated Tensions
While New Delhi claims that the air raid on Balakot was targeted against Jaish-e-Mohammad terrorists, which claimed responsibility for the 14 February deadly suicide attack on Indian paramilitary forces, Islamabad has strongly denied the allegations.

Pakistan contended that the Indian aircraft dropped their bombs in a wooded area, causing no damage or casualties, and that it was a pure act of aggression by the IAF which was promptly responded to by the Pakistan military.

Pakistani top civilian and military leaders also rejected India's claims that it had hit a "terrorist camp" inside Pakistan, warning that it would retaliate “at the time and place of its choosing” to Indian aggression.