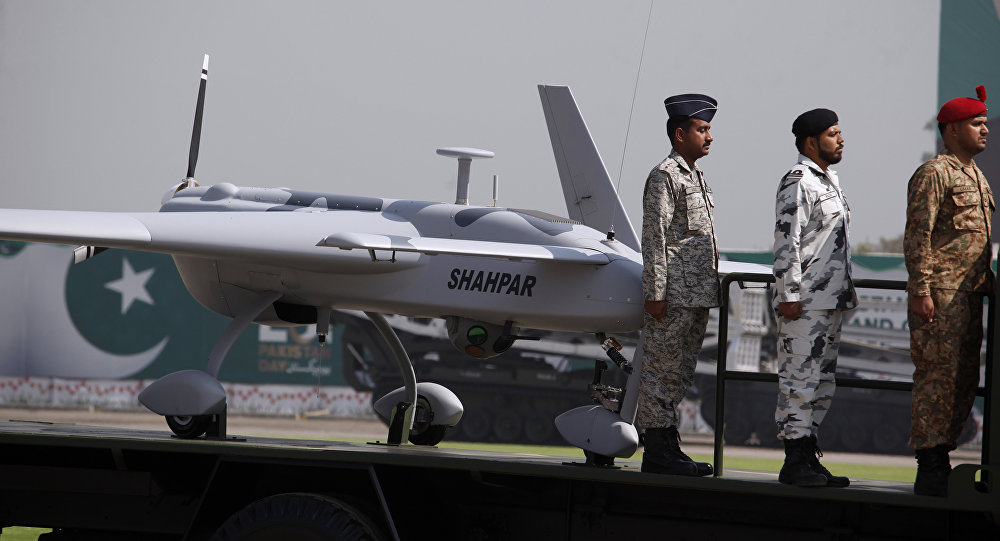 The drone was the third Pakistani UAF to be shot down inside India since the 26 February airstrike, according to the military.

Indian Army troops have shot down a Pakistani armed forces drone after it attempted to violate Indian airspace in the Sri Ganganagar sector of the state of Rajasthan, army sources said Saturday.

"The Indian Army shot down the drone while it was making an attempt to enter the Indian airspace," army sources cited by India's Asian News International news agency indicated.

The make of the drone has yet to be identified. The Pakistani military has not commented on the report.

© AP Photo / Anjum Naveed)
Indian Defence Ministry Rejects Report of Soldier’s Kidnapping, Says He's ‘Safe’
In a separate incident, another Pakistani drone was said to have attempted to enter India at the Hindumalkot border near the city of Sriganganagar at about 5 am local time Saturday before turning back after being sighted and fired upon by Indian forces.

The drone became the third unmanned aerial vehicle to have been shot down by the Indian military after the Indian Air Force strike against a terrorist training camp in Pakistan late last month brought relations between the two countries to state of crisis.

The Indian military reported shooting down a drone in the Bikaner sector of Rajasthan on March 4, with a UAF earlier reported shot down on the morning of February 26 after entering Indian airspace in the Kutch district of the state of Gujarat.

© AP Photo / Emilio Morenatti
Indian Official Blames Islamabad for Taking No Action Against ‘Terrorist Training Camps Run in Pakistan’
Tensions between India and Pakistan escalated in mid-February after a Pakistan-based terrorist group affiliated with al-Qaeda carried out a deadly car bombing attack against Indian security forces in Kashmir, killing at least 40. The Indian armed forces responded with airstrikes against a suspected terrorist training camp on the Pakistani side of the border on February 26. The strikes have led to a series of clashes between the two nuclear armed neighbours, with at least one Indian MiG-21 and one Pakistani F-16 downed in a dogfight, and multiple military and civilian casualties reported across the Line of Control border in Kashmir.

Indian authorities have accused Pakistan of not doing enough to combat jihadist extremists operating in the country. Islamabad has denied the claims, and accused New Delhi of violating its sovereignty.