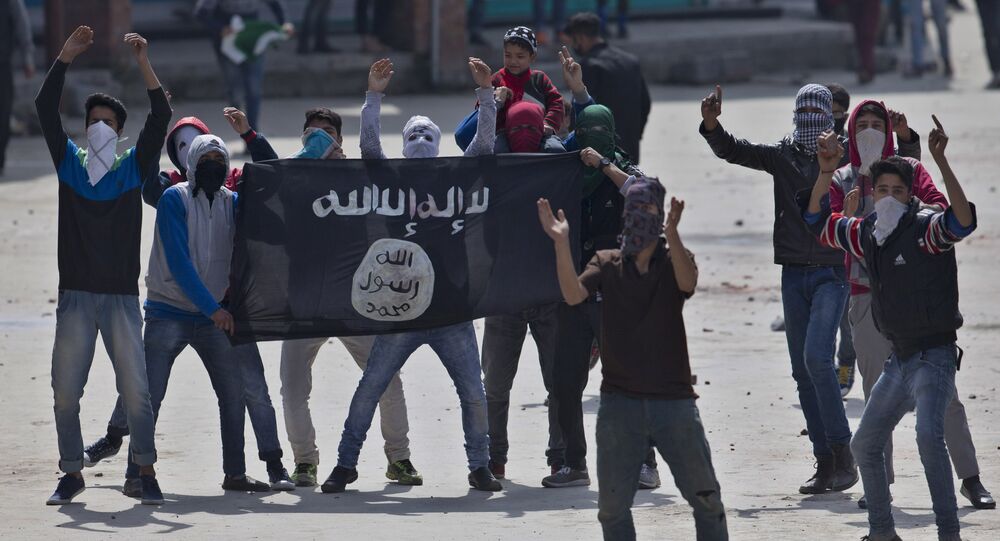 According to police, Mohammad Yaseen Bhat, an Indian infantryman, was kidnapped from his residence in the village of Qazipora, Budgam, about 115 km from the Line of Control separating Indian and Pakistani-controlled Kashmir, on Friday evening.

A massive search operation has been launched across the district, with Daesh (ISIS)* suspected of involvement in the kidnapping, police said. Officials said family members informed law enforcement about the abduction after unknown people came to Bhat's home and took him away.

Bhat had been on leave from military service since February 26, with his leave expected to last until March 31, according to local media.

Local reporters have published what is said to be a photograph of the soldier. The photo's authenticity has yet to be confirmed.

Indian Army Jammu and Kashmir Light Infantry (JAK LI) Jawan Mohammad Yaseen is young, determined and brave. He has the courage of conviction to stand for truth with all honesty and courage. Few cowards can’t make that spirit go away ever. Nation prays for his safety silently. pic.twitter.com/aH5iR3hdH6

Tensions between India and Pakistan escalated last month after a Pakistan-based terrorist group affiliated with al-Qaeda carried out a deadly car bomb attack against Indian military forces in Kashmir, killing at least 40 troops. The attack led to Indian air strikes against suspected terrorist training camps on the Pakistani side of the border last week, with these strikes sparking skirmishes between Indian and Pakistani forces which led to the downing of at least one Indian MiG-21 and one Pakistani F-16, and multiple civilian injuries and deaths due to artillery shelling and small arms fire across the Line of Control.

Terrorists have used abduction tactics on at least two separate occasions in 2017 and 2018, with two Indian soldiers abducted and later killed.