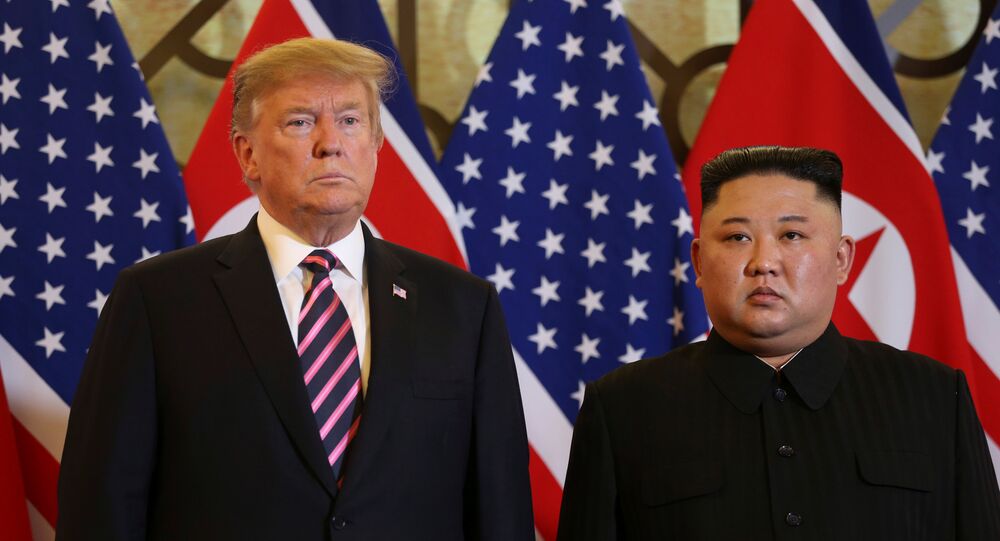 Earlier, Donald Trump told reporters he would be very disappointed in North Korean Chairman Kim Jong-un if reports that he is rebuilding the Sohae long-range rocket launch site turn out to be true.

US State Department said that Washington still believes North Korea's denuclearization is possible, noting however that it has not seen verifiable destruction of DPRK's rocket launch systems.

© REUTERS / Leah Millis
Trump is Open to Further Talks With North Korea - Bolton
"We still believe that it’s achievable within the President’s first term," the official said. "That’s the timetable we are working on … and it is doable," a senior US Department of State official said on Thursday.

"In terms of destroying and dismantling those in a manner that’s fully verifiable in terms of inspection, in neither case have those occurred yet," the official told reporters. "They’ve used the facilities to date, but they also haven’t completed our satisfaction."

"We are familiar and well aware of what you are describing and we obviously watch very closely developments in North Korea open source sensitive areas," the official said. "It remains to be seen what exactly the purpose is of this activity… We simply haven’t reached any specific conclusion about what’s happening there nor would we necessarily share the conclusion."

On Tuesday, several US think tanks and South Korea's Yonhap news agency reported that satellite pictures showed works were underway to restore the Sohae Satellite Launching Station at Tongchang-ri, which North Korea pledged to dismantle earlier. The reports came days after Trump and North Korean leader Kim Jong-un failed to produce an agreement at their second summit in Hanoi.