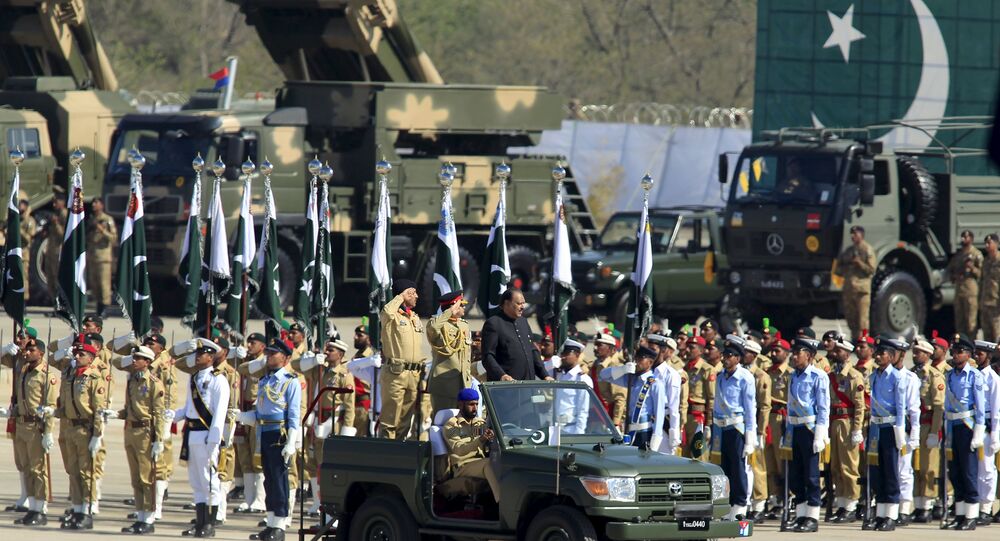 Pakistan on Thursday opened its airspace for countries such Iran, Oman and China but not for India in a clear indication that underlying tension between the two countries are yet to fully dissipate.

New Delhi (Sputnik) — Even as the international community makes diplomatic efforts to facilitate the de-escalation of tensions between India and Pakistan that erupted in mid-February, the two South Asian neighbours on Thursday claimed that they are both maintaining optimum preparedness to thwart any kind of aggression from one another.

"A strict vigil in the skies to detect and thwart any act of aggression from Pakistan Air Force is being maintained," a statement issued by the Indian Air Force on Thursday reads.

"Pakistan has opened their airspace with Oman, Iran, Afghanistan and China only. The eleven entry/exit points located along Indo-Pak airspace boundary are still closed," the Indian Air Force added.

Only a short while ago, Pakistan's Army Chief General Qamar Jawed Bajwa expressed strong will, resolve and determination to defend the country against any misadventure/aggression. Furthermore, he directed the forces to remain in a "continued state of vigilance and alertness so as to be prepared for response to any threat".

© AP Photo / Shakil Adil
Aerial Clash With Pakistan Has Exposed Chinks in India's Armour - Editor
Meanwhile, as Beijing weighed its options to take a stand on the fresh move in the UN Security Council to declare Jaish-e-Mohammad chief Masood Azhar a global terrorist, the government of China on Thursday "commended" Pakistan for exhibiting restraint and urged New Delhi and Islamabad to initiate dialogue.

"Pakistan thanked China for its steadfast support. Vice Foreign Minister Kong Xuanyou was briefed on Pakistan's efforts to resolve all issues with India through dialogue," China's Ministry of Foreign Affairs said in a statement.

Vice Foreign Minister KONG Xuanyou: China appreciates Pakistan for its restraint & willing to deescalate through dialogue with India. China calls on them to avoid action to escalate tension, show goodwill & flexibility, & have a dialogue asap. China will play a constructive role. pic.twitter.com/5OZDuXt9LS

"He underscored that Pakistan and China are close friends and partners. He reiterated China's support to Pakistan for peace and stability in the region. He also acknowledged Pakistan's measures against terrorism," the statement added.