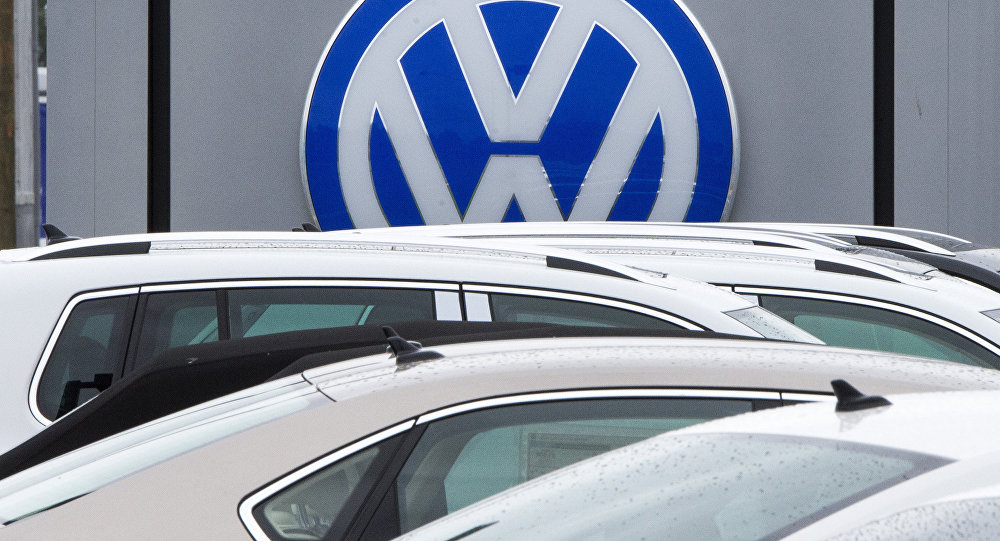 The NGT was hearing a petition filed by a Delhi-based teacher, Saloni Ailawadi, after she discovered that her father was suffering from cancer. Her lawyer Sanjeev Ailawadi contended in court that diesel emission is among the known sources of cancer in humans and Volkswagen had been openly violating the prescribed norms in India.

© AFP 2019 / Ronny Hartmann
Media Pressure Forces Volkswagen to Recall Vehicles in India
The global car-maker contended before the bench that prescribed norms under the BS-IV were not violated and that the test results were based on, "on road testings" for which there were no prescribed norms. However, the court dismissed the defendant's arguments.

"Sustainable development is the main guiding factor…we are unable to accept the manufacturer's objections to the report," the bench said against the claim of the carmaker.

© AFP 2019 / Ronny Hartmann
Dieselgate: Indian Tribunal Orders Volkswagen to Pay $14 Million, Threatens to Arrest Company Directors
In January this year, the same court i.e. NGT had asked the car maker to deposit $14 million as an interim payment for emissions violations in the country. A panel constituted by the court estimated that Volkswagen cars released around 48.678 tonnes of nitrogen oxide (N2O) gas in 2016. This study was based on 327,000 Volkswagen cars in which cheat software devises were detected.

Volkswagen is also facing criminal and civil cases in the US and several other countries. In the US and Canada alone, Volkswagen has been fined $2.8 billion.