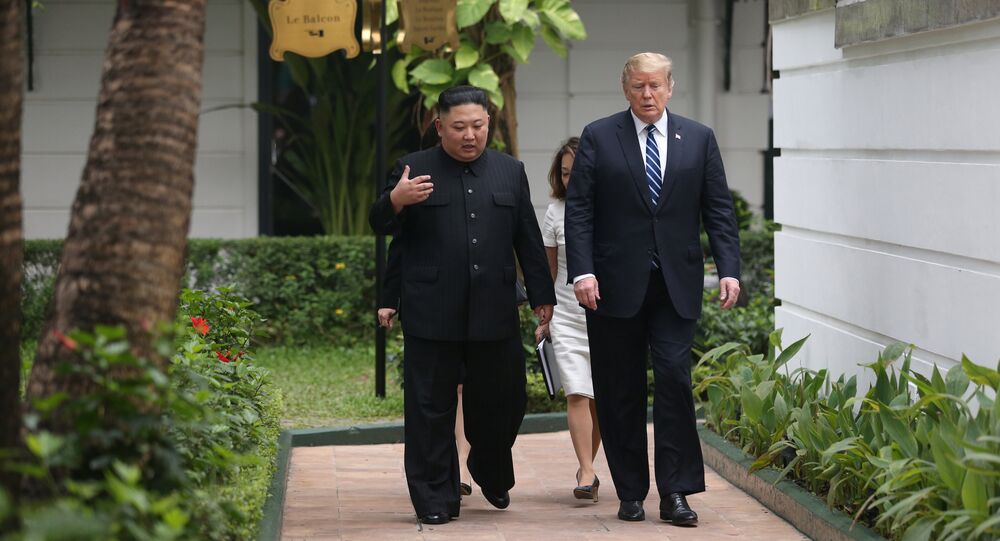 US National Security Adviser John Bolton said that US President Donald Trump is open to further talks with North Korea over denuclearization.

"The president's obviously open to talking again. We'll see when that might be scheduled or how it might work out," Bolton said.

In turn, Akira Kawasaki, a senior member of the Steering Group of the International Campaign to Abolish Nuclear Weapons (ICAN), said that the US should immediately engage in negotiations with North Korea,

"The US should take an immediate action to meet and talk [to] their counterparts of North Korea to restore communication and trust," Kawasaki, who represented ICAN at US-North Korea summits in Singapore and Hanoi, said.

He noted that the international community should also support the process by "facilitating dialogue and providing technical information regarding relevant international treaties," including the Treaty on the Prohibition of Nuclear Weapons (TPNW).

"Even countries that are not ready to join the Treaty, like the US, need to stop their active resistance to it and make it clear that they support the aim of the TPNW and will begin to fulfil their nuclear disarmament obligations," Kawasaki stressed.

The ICAN member added that the restoration of the missile test site would be a "step in the wrong direction," highlighting the need to resume negotiations between the United States and North Korea.

"At this stage, this could more be a political message in search for a resumption of dialogue than a military preparation. Actual missile or nuclear tests would destroy the dialogue," he said.

He pointed out that the move might be showing how "flawed" the negotiating process had been.

"Simply, preparations on both sides have been too short," he stressed.

The reports emerged just days after the second Trump-Kim summit in Hanoi, which finished abruptly without any deal or declaration due to the parties' failure to agree on the scale of North Korea’s denuclearization and US-led sanctions relief.

The TPNW is a legally binding agreement that bans all nuclear weapons. It was adopted in July 2017, but is not in force yet. None of the 'Nuclear Five' — China, France, Russia, the United Kingdom, and the United States — have signed the treaty.