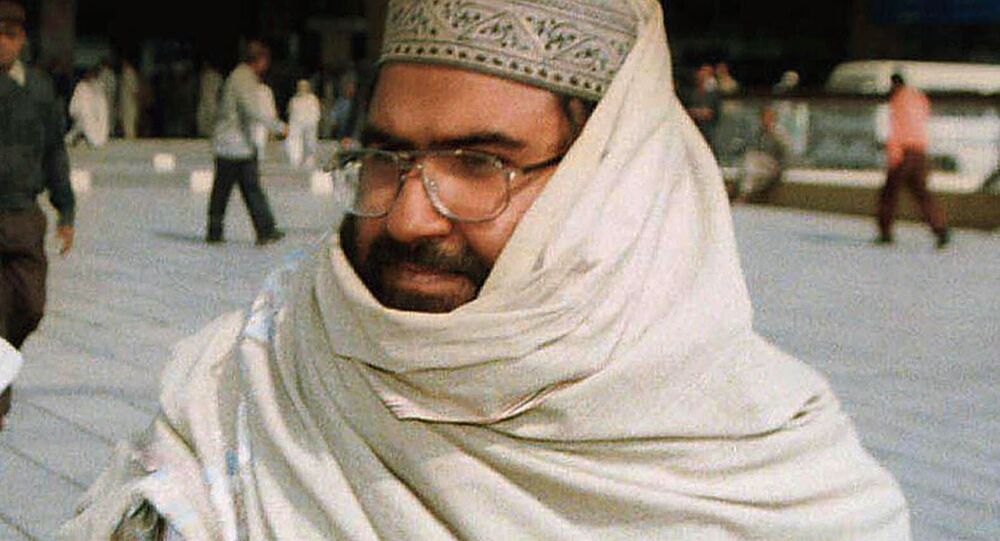 Maulana Masood Azhar, the chief of Pakistan-based jihadi outfit Jaish-e-Mohammed (JeM), is alive and kicking, and defiant. In an audio message, he debunked news of him being dead and asked Pakistan's government to stop bending to international pressure.

New Delhi (Sputnik): In an audio message released recently, JeM founder and head Masood Azhar quashed rumours of his death and rejected claims that Pakistan's government was in touch with him. He demanded that Pakistan's Foreign Minister Shah Mehmood Qureshi accept Jaish as it was.

The notorious jihadist warned Pakistan's government against efforts to rein in jihadi outfits.

"Fear God and stop persecuting the mosques, madrassas and mujahideens. Remember that when a Muslim flees the battle against the hypocrites, the wrath of Allah is upon him," Masood said in his recent audio message after Pakistan's government vowed to take action against the terror groups under international pressure.

Masood Azhar also refuted claims of his death and said that only God will decide how long he would live.

"There are reports the world over of my death. But, without doubt, God alone decides how long we are to live," Masood said, quashing rumours of his death that surfaced after India's air strike on Balakot on 26 February.

The reports of Masood Azhar's death came on 3 March; there were claims that he died on 2 March at a military hospital in Rawalpindi, Pakistan.