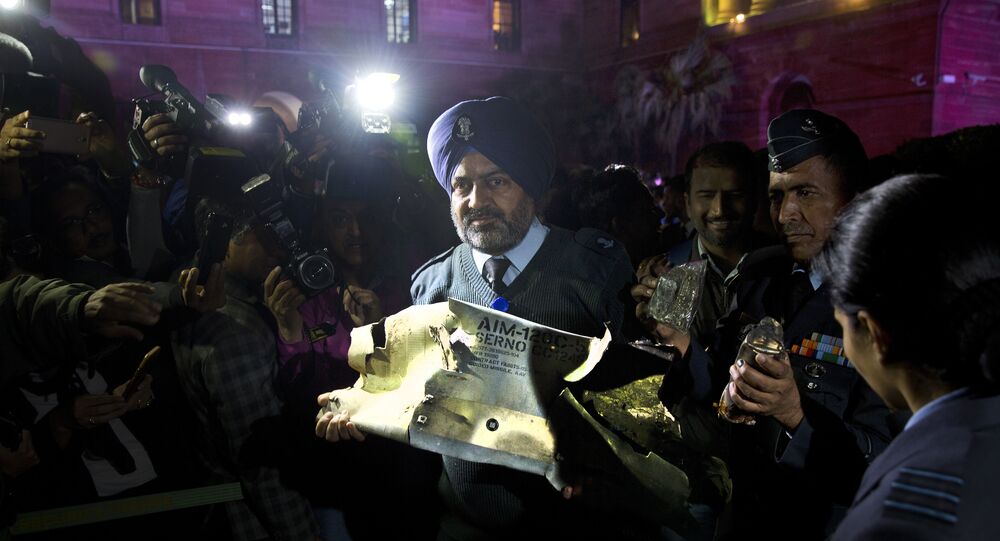 Pakistan and India gave conflicting accounts of what happened with the suspected militant training camp in the Pakistan-controlled part of Kashmir. New Delhi insists that its jets killed hundreds of terrorists, but Islamabad claims that the bombs missed their intended target.

The Indian Air Force (IAF) has provided the government with radar imagery and high-resolution satellite images of the reported air raid on a terror training camp inside Pakistan following a prior report that had cast doubt on the Indian military's claims.

The Press Trust of India, the country's biggest news agency, quoted security sources as saying that the government received all the "evidence" of the 26 February bombing raid on the facilities of Jaish-e-Mohammed (JeM) near the town of Balakot in northeast Pakistan.

This evidence reportedly showed that Indian S-2000 laser-guided bombs had pierced the targeted buildings, exploding inside and causing "significant damage".

The IAF is also said to have collected satellite imagery of the site produced after the airstrike and submitted it to the authorities.

It comes on the heels of a Reuters report, which said, with reference to another set of high-resolution satellite images, that JeM's religious school at the site remained intact and that no evidence of damaged infrastructure or casualties had been found there.

This contradicted the account of the Indian government, which claimed in late February that the airstrike killed a "very large number" of fighters, with different top officials putting the death toll at between 250 and 400. New Delhi said the raid was conducted in order to prevent planned terrorist activities against India.

Pakistan insisted that Indian jets missed the target and dropped the payload on a hilltop without hurting anyone. Pakistani Prime Minister Khan claimed the attack was carried out to garner more public support for the Indian government ahead of the forthcoming elections. India responded by refuting these claims.

The airstrike followed a suicide car bombing in the India-controlled part of Kashmir, which killed over 40 paramilitary police on 14 February. Jaish-e-Mohammed claimed responsibility for the terror act, which became the first such attack in Kashmir in nearly two decades.

US Cuts Visa Durations for Pakistani Nationals Amid Indo-Pak Hostilities