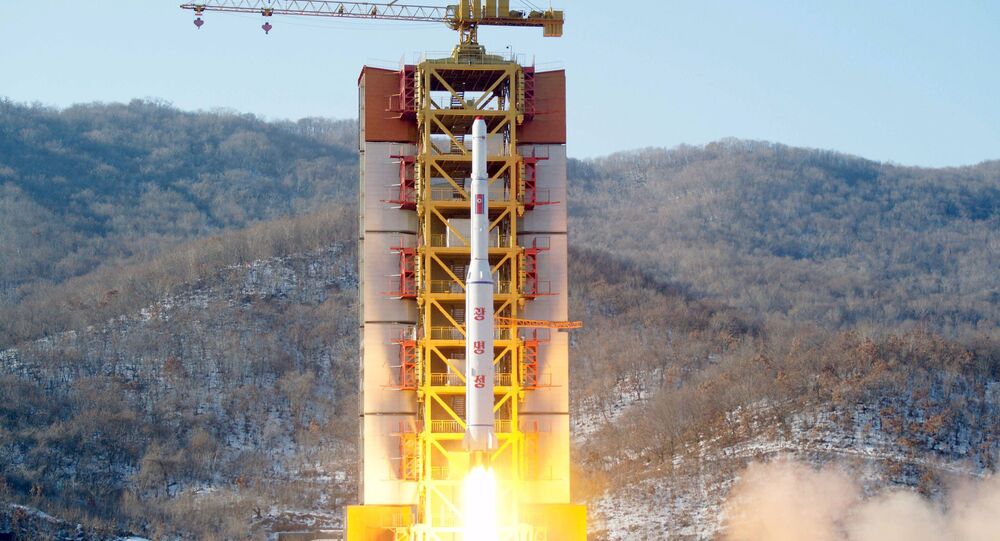 Joseph S. Bermudez Jr., a senior fellow for imagery analysis at the Center for Strategic and International Studies, told NPR that there is some evidence that can be seen from satellite images that workers are rebuilding at the Sohae Satellite Launching Station.

The Sohae facility, also referred to as Dongchang-ri and Tongchang-ri, is the site from which North Korea attempted satellite launches in 2012 and 2016. It's also the location of a test stand that Pyongyang has used to fire some of its rocket engines on the ground. Sohae has figured prominently in the ongoing talks between North Korea and the United States, as after the first US-North Korea summit in Singapore last June Trump had said that Kim had given his word that he would close "a major missile-engine testing site." Kim later followed up with an official announcement that he was closing Sohae, referring to it as Dongchang-ri, during a summit in September with South Korean President Moon Jae-in.

READ MORE: Bolton: Washington to Strengthen Sanctions if DPRK 'Not Willing' to Denuclearize

Satellite imaginary revealed that in summer 2018 North Korea did begin disassembling the site, pulling down a large building used at Sohae to transfer rockets from an assembly building to a launchpad. However, by August, the work had stopped. Bermudez said that the test stand appears almost completely reassembled now, having been constructed somewhere between 20 February and 2 March, and the building has been rebuilt with all but part of its roof.

© AP Photo / Richard Drew
Trump Blames Cohen Hearing for Failure of North Korea Summit
However, David Wright, co-director of the global security program at the Union of Concerned Scientists, told NPR that the rebuilding of the site does not violate any agreement with the US. "There is nothing that restricts North Korea's ability to do testing of its ballistic missiles," he said. As long as there is no flight testing, ground tests at facilities like Sohae are unrestricted.

Bermudez says the facility is not believed to be at the centre of North Korea's development of intercontinental ballistic missiles, so the decision to rebuild it may be largely symbolic – as well the decision to take it apart.

"All North Korean ballistic missiles today, maybe with one or two exceptions, can be launched from mobile launchers," he said.