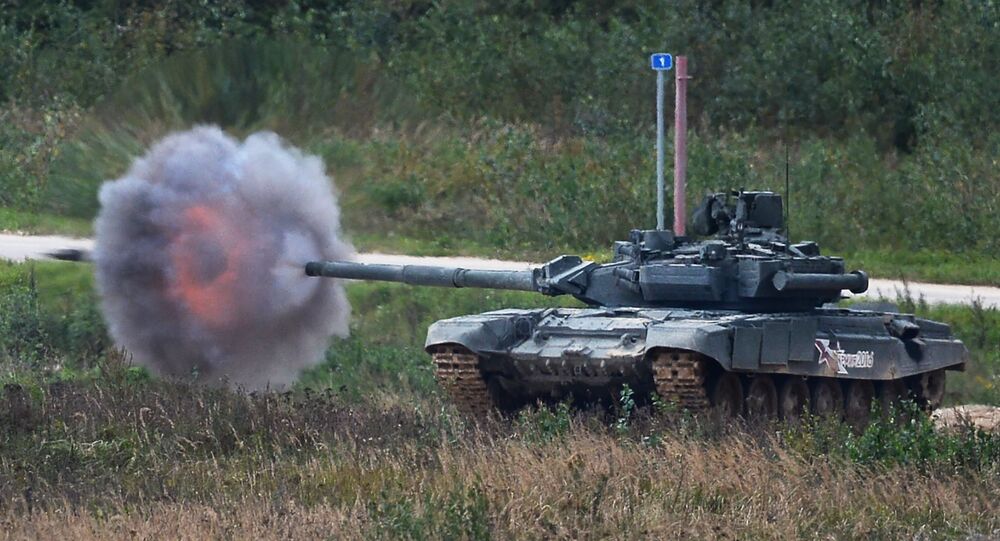 The Chinese People’s Liberation Army has yet to confirm or deny that a photo of the alleged vehicle’s mock-up, posted by an online military magazine, is real.

The Chinese military used a mock-up of a Russian-made T-90 main battle tank for combat training of its troops, online magazine Defence Blog reported, having also tweeted a photo of the vehicle.

The country’s army hasn’t, however, commented on the reports so far, but according to the media outlet, citing unnamed experts, the tank will be used to test on-board equipment for attack helicopters and fighter jets.

This is not the first incident of its kind, similar mock-ups of military vehicles and defence systems are used in many other countries for training purposes.

The T-90, a third-generation Russian battle tank, was developed by manufacturer Uralvagonzavod in the early 1990s. In 2001, India acquired 310 T-90S from Russia and is reportedly planning to have 21 T-90S tank regiments by 2020.

India and China engaged in an intense border dispute in the Doklam area in 2017, and last February both sides barely avoided a similar standoff in the Arunachal Pradesh region following an alleged incursion by a Chinese road building team.

Arunachal Pradesh, an Indian state that shares a border with Myanmar, Bhutan and China, is currently controlled by India, but the majority of the territory is claimed by China as part of South Tibet.