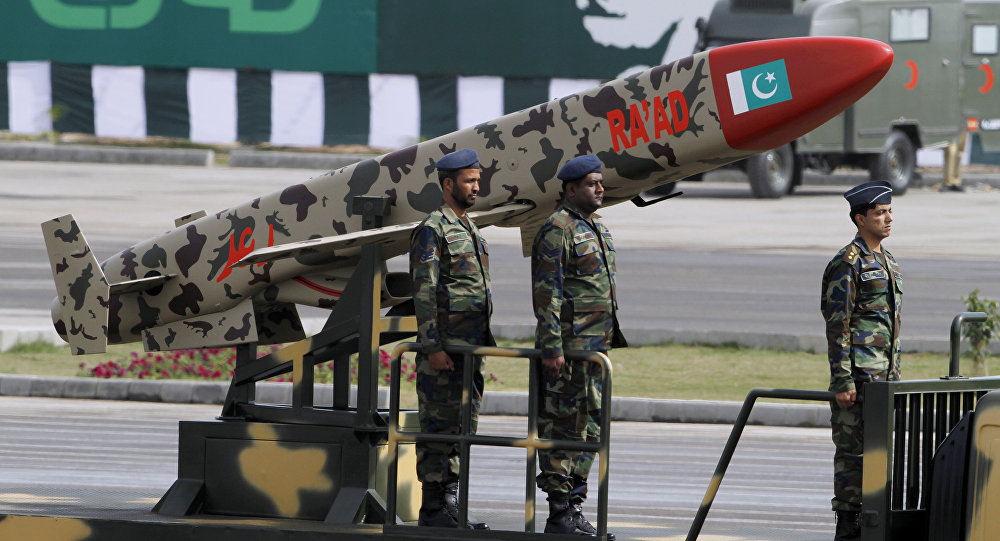 The tensions between Islamabad and New Delhi were exacerbated following the shooting down of an Indian MiG-21 by the Pakistan Air Force. The downing came in response to a recent airstrike by the Indian Air Force on an alleged terrorist camp in Pakistan.

Pakistani drone has been shot down by Indian forces on 4 March close to the city of Bikaner, in Indian state of Rajasthan. The drone entered Indian airspace at around 11:30 am (6:30 UTC) and was then downed by Indian Sukhoi 30MKI fighter jet.

The debris of the unmanned aerial vehicle (UAV) fell on the Pakistani side of the border. According to an anonymous source in New Delhi, the drone was shot in the same area where almost a dozen Pakistan Air Force jets attempted to intrude into Indian airspace on 27 February.

Escalation of Tensions Between Pakistan and India

Relations between Islamabad and New Delhi remain strained after the Pakistan Air Force downed two Indian jets on its territory and captured their pilots. New Delhi has stated that its jets shot down a Pakistani F-16 in the course of the encounter. Islamabad denies losing a single plane, as well as using F-16s in the first place.

Pakistani Foreign Minister Shah Mahmood Qureshi called for a diplomatic resolution to the escalating tensions between the two states following Islamabad's "peace gesture" on 1 March, when it released one of the Indian pilots of the downed MiG-21.

The downing of the jets came following an airstrike conducted by the Indian Air Force on an alleged camp belonging to the Jaish-e-Mohammed (JeM) terrorist group on Pakistani territory on 26 February. The air raid was New Delhi's response to a terrorist attack on an Indian security convoy on 14 February carried out by JeM that claimed the lives of 40 men. Islamabad has denied the camp's existence and stated that the airstrike hit an empty hillside.

India insists that Pakistan is harbouring and supporting militants that are conducting terrorist attacks on Indian territory against its military personnel. Islamabad denies the accusations.