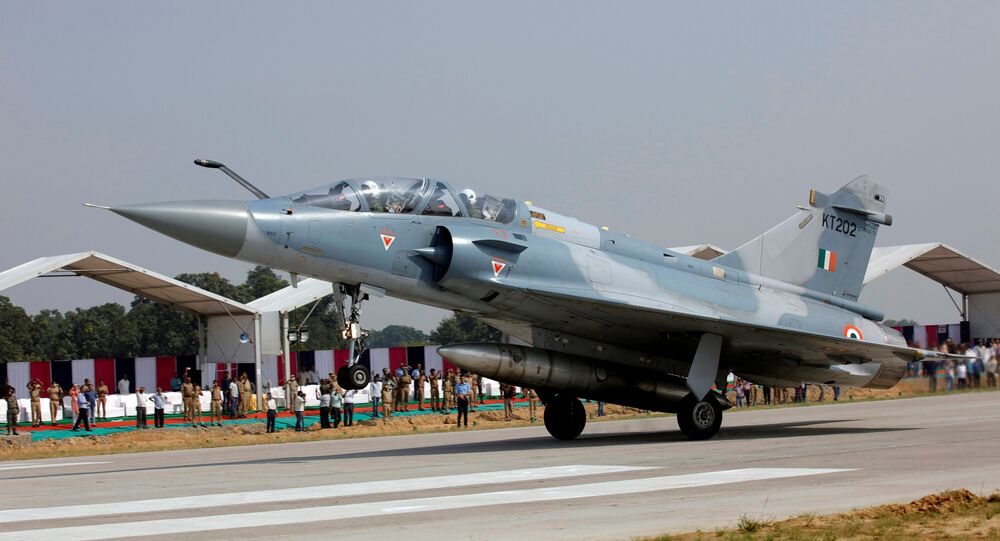 Earlier, Islamabad stated that the Indian strikes hit an empty hillside and denied the existence of the militant camps that Delhi allegedly targeted during the air raid. At the same time, India insists that Pakistan is harbouring militants, including those responsible for a terrorist attack on a security convoy on 14 February.

India's Finance Minister Arun Jaitley has stated that security agencies will not publish any operational details about the air raid against militant groups in Pakistan, the newspaper Dawn reported. The statement comes following calls to release evidence that the Indian Air Force hit militant camps in airstrikes on 26 February, which led to an escalation in tensions between the two neighbours.

"The armed forces must have, and our security and intelligence agencies must have, a full leeway in dealing with situations, and if anybody wants operational details to be made public […] he certainly does not understand the system", Jaitley said.

India's finance minister also denied allegations that the Indian military activities were connected with the upcoming general elections in May.

At the same time, Pakistani Foreign Minister Shah Mahmood Qureshi called for a resolution to the escalating tensions between Pakistan and India via dialogue and diplomatic channels instead of military power.

"Peace is our priority and we do not desire war with India", Qureshi said.

Calls to publish proof of striking militant camps came after Pakistan stated that the Indian airstrike on 26 February had hit an empty hillside. The air raid over Pakistani territory, which led to an escalation in tensions between Delhi and Islamabad, came in wake of a deadly attack on a security convoy that claimed the lives of 40 servicemen on 14 February carried out by the terrorist group Jaish-e-Mohammed (JeM).

New Delhi insists that Islamabad is harbouring and supporting militants that commit terrorist acts on Indian territory. Pakistan denies both the accusations and the existence of militant camps.