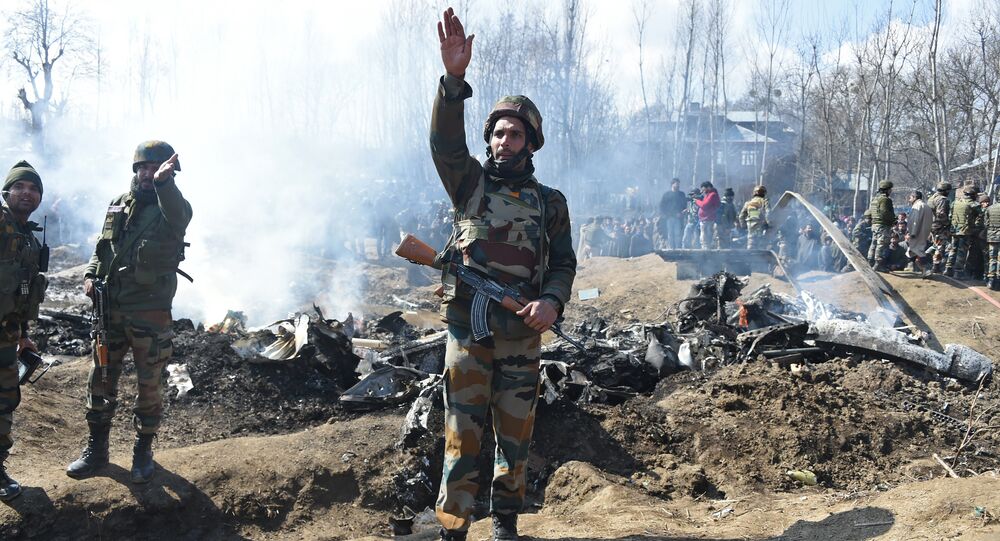 Historically tense relations between neighbouring India and Pakistan went into a downward spiral after a Pakistan-based terrorist organisation claimed responsibility for a suicide attack that killed over 40 Indian soldiers last month.

The Indian defence establishment said on Friday it had synthetic aperture radar (SAR) images to prop up its claim of having successfully hit an alleged training facility of the Jaish-e Mohammad terror group at Balakot in the Pakistani province of Khyber-Pakhtunkhwa during a 26 February airstrike, The Times of India reported.

"The SAR films clearly show before and after pictures of the intended targets being hit. It's up to the government whether it wants to release them or not. Pakistan, of course, has also worked swiftly to repair the damage to the site", an unnamed defence official was cited as saying.

The sources have reportedly refused to provide further details on the platform used to take those images.

The statement comes after a few independent experts cast doubt on the success of the Mirage-2000 fighters' operation. They assumed that while there was little evidence of damage to the alleged terror facility in the satellite photos, craters caused by bombs were visible in open areas around 150 to 200 metres from the barracks/buildings.

© AFP 2019 / AAMIR QURESHI
Indian Military Confirms to Press That IAF MiG-21 Shot Down Pakistani F-16
Earlier this week, the IAF claimed that it had "fairly credible evidence" that its raids on the alleged Jaish-e-Mohammed camp had led to "massive damage", but said it would be premature to estimate casualties.

In a parallel development, The Times of India reported that multiple Indian Air Force sources confirmed that the wreckage found in the disputed region of Kashmir was a downed Pakistani F-16 fighter jet, not an Indian Mig-21 aircraft.

Speaking at a press briefing earlier this week, IAF Air Vice Marshal RGK Kapoor said that an air force MiG-21 Bison shot down a Pakistan Air Force F-16 on 27 February in an aerial incident in the contested province of Kashmir.

The IAF also demonstrated the remnants of a US-made AMRAAM missile found on the Indian side of the border in Kashmir which was said to have been launched by a Pakistani F-16 during an attack on Indian military bases. Pakistan had earlier denied that it had deployed F-16 aircraft on Wednesday, stressing that no Pakistani Air Force aircraft had been hit.

On 26 February, India's Air Force carried out an assault on an alleged terrorist base in Pakistan-administered-Kashmir, destroying several facilities. New Delhi's air raid was conducted in response to a suicide attack claimed by the Pakistan-based terrorist organisation Jaish-e-Mohammad on 14 February that killed over 40 Indian soldiers.

Pakistan, for its part, has dismissed the allegations of its involvement in the suicide attack, claiming, in turn, that this was India's strategy to divert international attention from human rights violations taking place in the Kashmir region.

Long-standing tensions between neighbouring India and Pakistan further exacerbated after Islamabad downed an Indian jet conducting a mission over the disputed region of Kashmir.

The Indian Foreign Ministry said that the country had also lost one Mig-21 aircraft, while the Pakistani Army announced it had downed two Indian jets that crossed the so-called Line of Control (LoC) separating the Indian-and Pakistani-controlled parts of Jammu and Kashmir and detained two pilots.

READ MORE: Pakistan to Decide Whether to Give Captured Indian Pilot Status of War Prisoner

An injured pilot was sent to a hospital to receive the necessary medical help, while another was taken in custody, but released two days later as a gesture of good will.