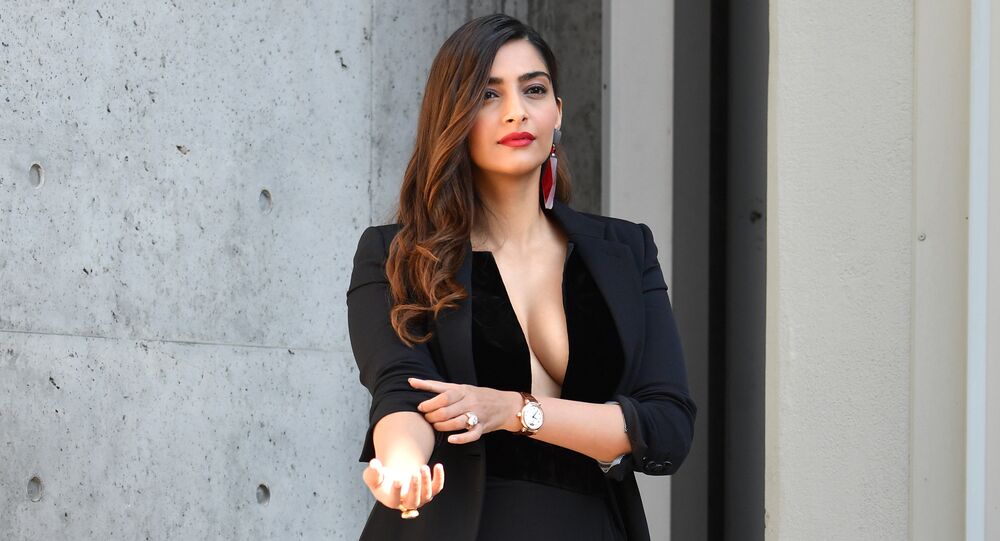 Indian actress Sonam Kapoor has become the latest celebrity to come in the line of fire for advocating peace with Pakistan. Internet trolls are leaving no stone unturned to question her nationality and even her acting skills.

Even as the India-Pakistan hostility showed some signs of calming, with Islamabad announcing its willingness to free the captured Indian fighter pilot, passions continued to boil over on the internet, with Indians ruthlessly trolling an actress for advocating peace with Pakistan.

Sonam Kapoor, the daughter of famous Bollywood actor Anil Kapoor, shared a post promoting the idea that Hindu and Islamic fundamentalists have a lot in common and that the ordinary citizens of both India and Pakistan should oppose any potential armed conflict between the two nations.

© AFP 2020 / Sujit Jaiswal
Indian Actress Clashes With Pakistani Anchor on Social Media Over Terror Attack
The actress recently shared a post by the Facebook parody page 'Humans of Hindutva' on her Instagram story. The message said that average Indians and Pakistanis had a lot in common with each other but it was Hindu and Islamic fundamentalists who were responsible for the war.

Trollers not only vented their wrath on Sonam for showing compassion to the enemy but also took the opportunity to question her success as an actress.

I don't find anything wrong in Sonam Kapoor 's post.
I'll watch her films when she learns something known as 'acting'.

​Some suggested she should move to Pakistan, slamming her as "anti-national".

Sonam kapoor needs to move to Pakistan. She has been incredibly vocal about her support for Pakistani artists in the past. These stars make their money at the cost of India and call the majority of the people names. Shame on her. We can also choose to watch her movies or NOT

​Some said the actress has no pride in her country.

Ppl like Sonam Kapoor, born with Golden spoon, have nothing to do with India's pride and honor. Just to be called INTELLECTUAL, bashing Hinduism is a fashion for them.

​Nevertheless, there were also some who tried to make sense of what Kapoor said.