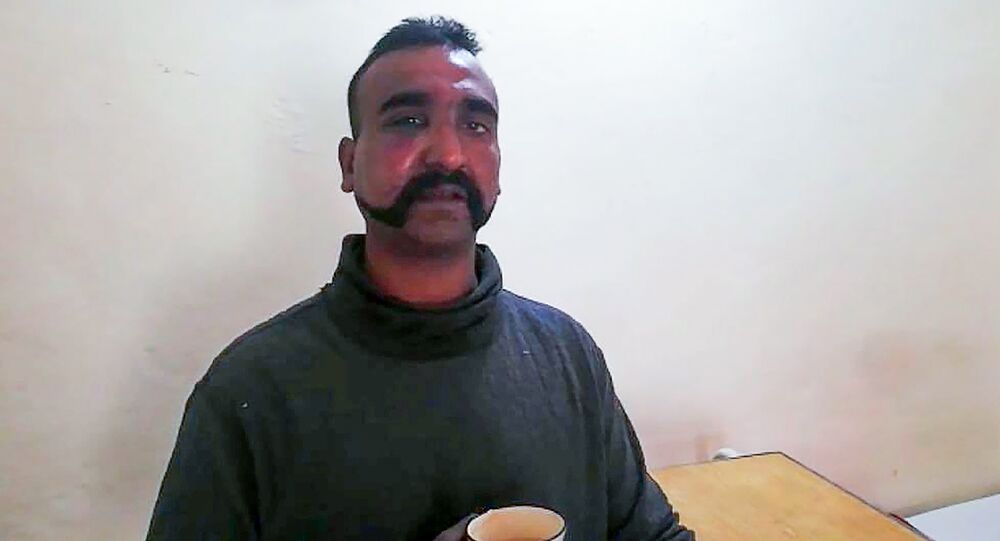 Earlier, India called upon Pakistan to release and return the Indian MiG-21 fighter jet pilot who was arrested by the Pakistan Army after his warplane had been shot down.

Pakistani Prime Minister Imran Khan said that the Indian pilot who was captured by Pakistani forces will be released on Friday.

"As a peace gesture we will be releasing him tomorrow," Khan told parliament in Islamabad on Thursday.

Imran Khan, making the announcement in an address to both houses of Parliament, added that he tried to reach Indian Prime Minister Narendra Modi on Wednesday with a message that he wants to de-escalate tension.

Talking about the incident, he said that he had feared that India could have launched a missile attack, but the situation was later calmed.

This week, tensions between India and Pakistan escalated as the two countries engaged in an air battle, resulting in the confirmed downing of at least one warplane.

© REUTERS / Mukesh Gupta
India Ships Fuel to Kashmir Airfields as Tensions With Pakistan Spike - Reports
Pakistan claimed on Wednesday that it had downed two Indian warplanes which entered its airspace over the disputed Kashmir border, and captured an Indian pilot.

This came a day after Indian jets crossed into Pakistan to bomb a Jaish-e-Mohammed terror camp in the Kashmir region.

India's air raids in Pakistan came after a deadly terrorist attack when a car carrying over 100 pounds of explosives detonated next to a security convoy, killing 45 Indian paramilitary officers. India named Maulana Masood Azhar, the leader of the Jaish-e-Mohammed terrorist group residing in Pakistan, as the person responsible for ordering the attack and accused Pakistan of harboring and protecting terrorists.

In turn, Pakistan has rejected the allegations of its involvement in the attack.