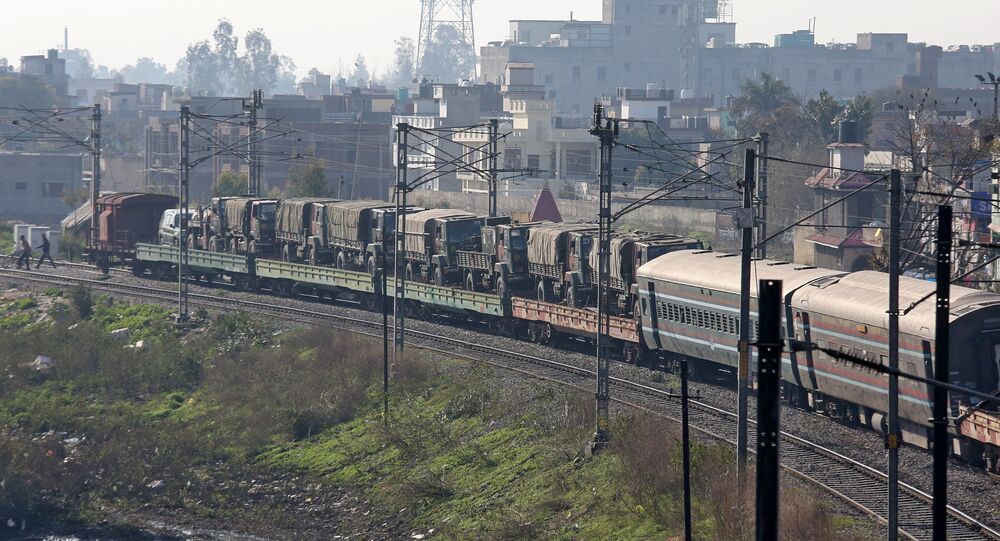 This week, nuclear-armed rivals India and Pakistan aerially engaged with one another in the disputed Kashmir region for the first time since their last war in 1971.

A chain of 500 Indian tankers loaded with motor fuel and kerosene are on the way to the Kashmir region where Indo-Pakistani tensions flared up this week, The Times of India reports.

According to the newspaper, state-run oil companies were asked to carry out a similar delivery of fuel to airfields and storage depots in the Indian-controlled part of Kashmir six days before Indian jets bombed an apparent terrorist training camp inside Pakistan.

A senior government source was quoted as saying that the oil companies maintain fuel supplies at proper levels for the military, while civil supplies have been limited, particularly due to the closure of the strategic Jammu-Srinagar Highway following a major landslide.

On Thursday, a spokesman for the Indian Defence Ministry confirmed that Pakistani troops shelled India's position across the Kashmir border for nearly an hour, with the Indian army responding in kind.

The recent spike in tensions between the two countries came after India's Tuesday bombing of an apparent Jaish-e-Mohammed (JeM) training camp in Pakistan. JeM is a Pakistan-based Islamist terror group which seeks to break Kashmir away from India, and the organisation was behind the suicide attack on Indian paramilitary police two weeks ago, which claimed over 40 lives.

Wednesday saw the two countries engage in an aerial incident over the disputed region of Kashmir. According to Pakistan's account, Indian warplanes entered its airspace and it shot down two of them and captured one pilot.

India's Foreign Ministry said in a statement that Pakistan's Air Force targeted military installations inside India in retaliation to the air raid on a JeM camp, adding that a Pakistani F-16 fighter jet and an Indian MiG-21 were downed during the confrontation.

While India has accused Pakistan of supporting the militants and having a "direct hand" in the incident, Pakistan has rejected the allegations, accusing India, in turn, of being responsible for human rights violations taking place in Kashmir.

This escalation has affected global investors, who on Wednesday sought "safer havens" such as the yen and the Swiss franc instead of the US dollar.

Pakistan said it was ready to cooperate, with Prime Minister Imran Khan voicing concerns that the situation could spiral out of control.

Washington, which believes that Islamabad has not been doing its best to eradicate the terrorist threat, praised India's airstrike on the terror camp, irking Pakistan.

Pakistani envoy to Washington said on Wednesday that the US' take on India's actions is "an endorsement of the Indian position and that is what emboldened them even more".