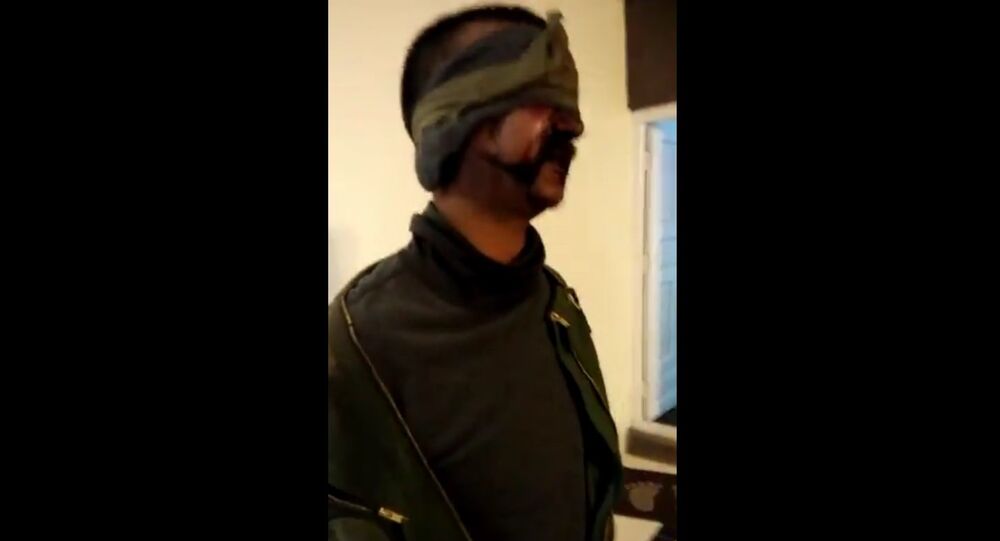 According to Pakistan's army, two Indian pilots have been captured following the downing of their warplanes by Pakistan amid the escalation of tensions in the wake of Tuesday's air raid, targeting terrorist infrastructure, conducted by India from Pakistan's airspace over Kashmir.

Radio Pakistan has released what it claims is the footage of the captured and injured Indian pilot. On a 49-second video, the alleged pilot says his name and military rank. "My personal number is 27981, I am a Hindu," the man said.

As seen in the footage, the man is blindfolded with a rag, and dried blood is visible on his face.

The authenticity of the video has yet to be confirmed, while Pakistani military said that two Indian pilots had been captured, with one of them needing medical help following the downing of the Indian Air Force aircraft by Pakistan.

At the same time, Indian Twitter users have suggested that the alleged video had been published on YouTube a day before the downing took place.

The video got published on YouTube on 26 feb see here.. #Fakistan pic.twitter.com/LSbdxzS5dO

© REUTERS / Mukesh Gupta
India Shoots Down Pakistan's Jet Over Kashmir, Lost 1 MiG-21 - Foreign Ministry
The Pakistani Foreign Ministry said Wednesday that the recent airstrikes on the Indian jets were conducted in attempt to show readiness for self defense. India hasn't yet officially commented on the downing.

It comes a day after the Indian Air Force carried out an airstrike against a camp of the Jaish-e-Mohammad terrorist group,  which claimed responsibility for the deadly terrorist attack against the Indian security convoy on February 14. The camp was situated in the Pakistani-controlled part of the Kashmir region. The Indian Foreign Ministry said that the attack was necessary. However, the Pakistani National Security Council reportedly rejected the claims that the airstrike targeted terrorists.