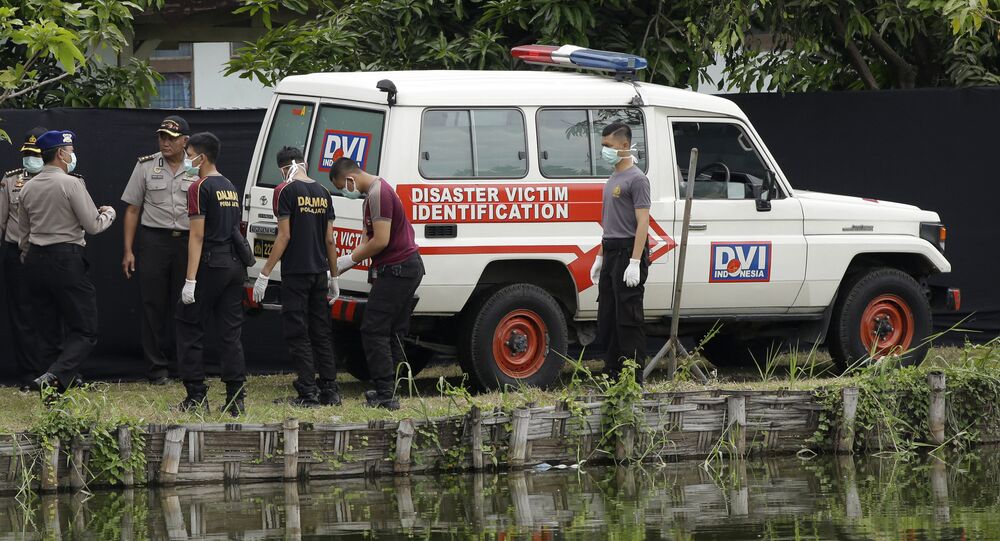 According to the Indonesian National Board for Disaster Management (NBDM), cited by Reuters, at least 13 people were rescued Wednesday at the site of the gold mine landslide.

According to Reuters, Indonesian rescuers were searching for survivors after more than 60 people were reportedly buried by the collapse of an illegal gold mine on the Island of Sulawesi province.

The agency said in a statement, cited by Reuters, that one person had been found dead and 13 people rescued by 5 a.m. local time on Wednesday after the collapse the previous evening at the site in the Bolaang Mongondow area of North Sulawesi.

READ MORE: Over 150,000 People May be Trapped Under Rubble in Quake-Hit Sulawesi — Reports

"When dozens of people were mining for gold at the location, suddenly beams and supporting boards they used broke due to unstable land and numerous mining shafts", NBDM spokesman Sutopo Purwo Nugroho said, as quoted by Reuters.

In January, Sulawesi Island was affected by floods and landslides, reportedly causing severe damage to the local infrastructure and displacing hundreds of local residents.

The Sulawesi region is known for its abundant gold sources. According to media reports, due to poor economic conditions, local residents try regularly to mine the ore illegally to make ends meet, neglecting safety conditions.