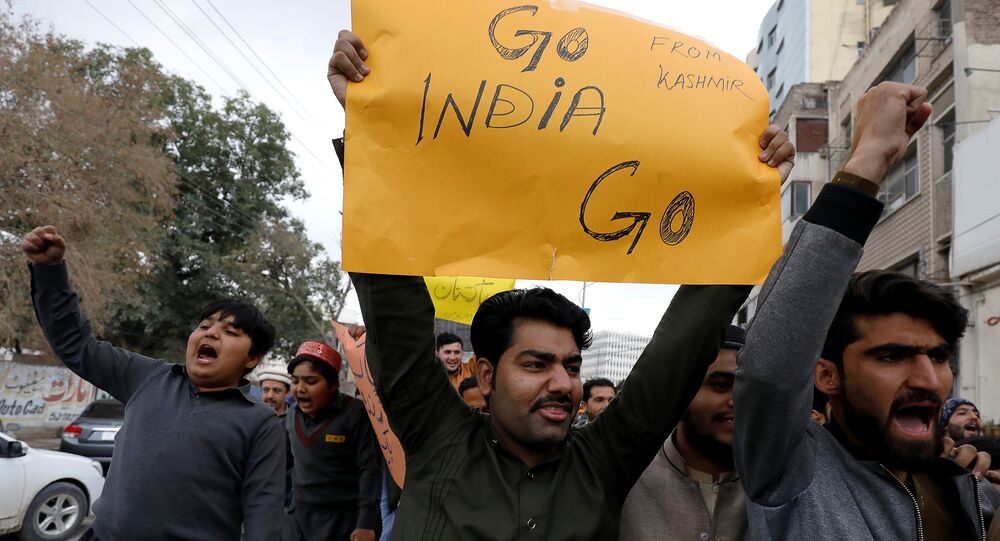 Earlier in the day, the Indian Air Force carried out an airstrike against what they called a 'terror camp' located across the Line of Control separating the Indian- and Pakistani-controlled parts of the disputed Jammu and Kashmir region.

Islamabad considers the Indian air raid an act of aggression that which threatens regional security, vowing for an "adequate response", the Pakistani Foreign Ministry said in a statement.

"The Acting Foreign Secretary summoned the Indian Acting High Commissioner and strongly condemned the Indian violation of Pakistan's sovereignty and territorial integrity," the ministry said in a statement.

In turn, India's Ministry of External Affairs has referred to incident as a 'non-military' and preemptive move.

Explaining the assault, India stated that it targeted an alleged terrorist base in Pakistan-administered Kashmir. According to reports, 12 Indian Air Force Mirage-2000 warplanes attacked the camp and completely destroyed it.

New Delhi has accused Islamabad of harbouring and protecting the terrorists who have claimed responsibility for an attack on a convoy of Indian security forces in the Indian state of Jammu and Kashmir on 14 February, which claimed the lives of 45 people.