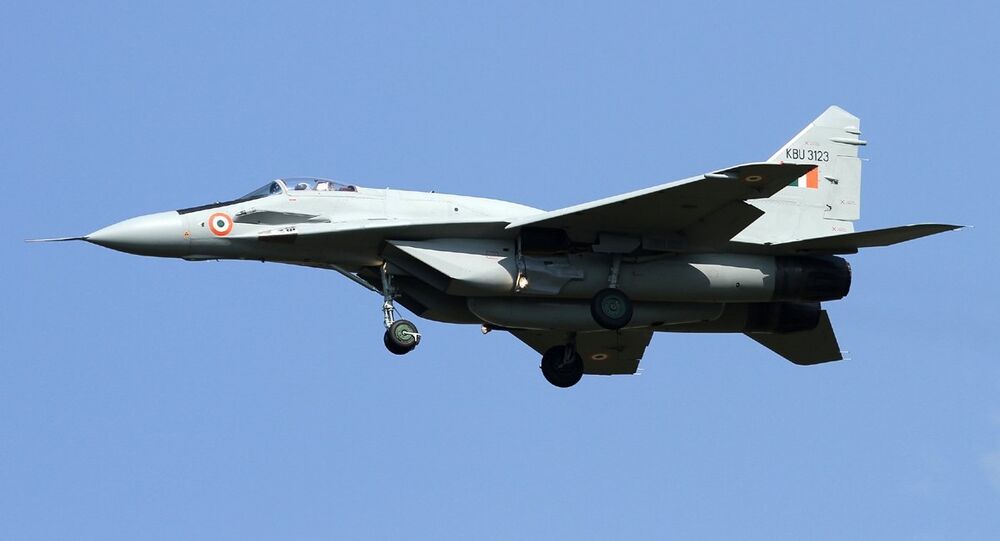 In response to the February 14 Pulwama terror attack, India's air force carried out an assault on an alleged terrorist base in Pakistan-administered-Kashmir; several facilities were destroyed. Pakistan-based terrorist organisation Jaish-e-Mohammad had claimed responsibility for the suicide attack, which killed over 40 Indian soldiers.

New Delhi (Sputnik): India's Ministry of External Affairs has referred to the Tuesday morning air strike in Balakot, located across the line-of-control (LoC) in Pakistan-administered-Kashmir, as a ‘non-military' and preemptive move, adding that the Indian Air Force had ensured that there were no civilian casualties in the strike, which aimed to neutralise what India has described as the biggest terrorist training camp operated by Jaish-e-Mohammed (JeM).

In a media briefing in New Delhi, Indian Foreign Secretary Vijay Gokhale said that the airstrike was made following credible intelligence inputs that pointed towards plans to conduct several suicide attacks throughout India. "In the face of imminent danger, a preemptive strike became absolutely necessary," Gokhale stated.

#IndiaStrikesPakistan | This non-military pre-emptive action was targeted specifically at JeM camp. The selection of the target was also conditioned by our desire to avoid civilian casualties: Foreign Secretary Vijay Gokhale pic.twitter.com/GiGVGhA65C

"In an intelligence-led operation in the early hours of today, India struck the biggest training camp of JeM in Balakot. In this operation, a very large number of JeM terrorists, trainers, senior commanders and groups of jihadists who were being trained for fidayeen activities were eliminated," Gokhale said, while emphasising that the move was necessary, as Pakistan hadn't taken action despite the fact that it had known about the group's activities for a long time.

This facility at Balakot, situated around 80 kilometres away from Line of Control (de-facto border), was headed by Maulana Yusuf Azhar, alias Ustad Ghouri, the brother-in-law of Masood Azhar, chief of JeM.

© REUTERS / Amit Dave
Indian Jets Destroy Terrorist Camp Across Line of Control in Kashmir - Minister
India's External Affairs ministry emphasised that New Delhi had been repeatedly urging Islamabad to take action against JeM and put a stop to the training and arming of jihadis from inside Pakistan. Pakistan has not taken any concrete action to dismantle the infrastructure of terrorism on its soil, it claimed.

"The Government of India is firmly and resolutely committed to taking all necessary measures to fight the menace of terrorism.  Hence this non-military preemptive action was specifically targeted at the JeM camp," Gokhale said.

Meanwhile, according to media reports, Pakistani Prime Minister Imran Khan will hold an emergency meeting at 11 am on Tuesday, according to Foreign Minister Shah Mahmood Qureshi.

On 14 February, a suicide attack was conducted by the Pakistan-based terrorist organisation Jaish-e-Mohammad, leading to the killing of 40 Indian soldiers.