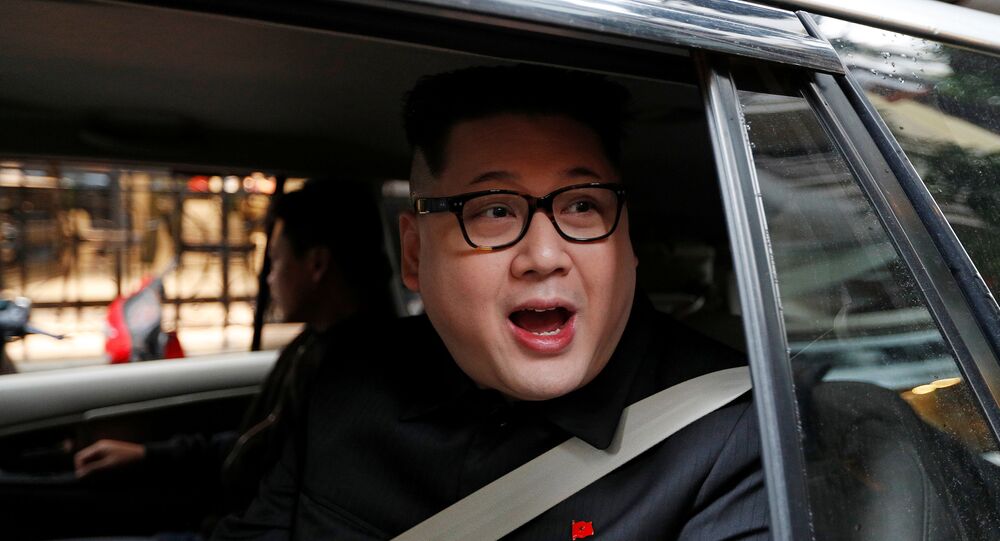 Australian actor of Chinese origin Howard X, known for his astonishingly accurate impersonation of North Korean leader Kim Jong-un, went to Vietnam along with a Donald Trump lookalike, ahead of the summit between the DPRK and US heads of state to "work toward peace". It seems that authorities in Hanoi decided to derail their plans.

Howard X, a famous Kim Jong-un impersonator, was escorted out of his hotel in Hanoi, Vietnam, following news that he would be deported to Hong Kong on 25 February, Channel News Asia reported. The impersonator of the DPRK leader managed to speak with the press before being hauled into a van taking him to the airport.

The doppelganger said that he was being deported for being "born with a face looking like Kim Jong-un" and because the real North Korean leader allegedly "has no sense of humour". The official reason for the deportation was an "invalid" visa, but authorities did not elaborate when they informed Howard X about the issue on 22 February.

At the same time, his colleague, Russel White, who is impersonating US President Donald Trump, will remain in Vietnam and is not facing deportation. Howard X is confident that this is because sending White home to Canada would be quite expensive for the state, as opposed to sending X to Hong Kong.

The two doppelgangers arrived in the Vietnamese capital ahead of a summit between the real Donald Trump and Kim Jong-un, which will take place in Hanoi on 27 and 28 February, to "work toward peace". The two held a fake meeting of two leaders on the steps of Hanoi's Opera House, attracting both bystanders and reporters to see the performance.

Reports: Over 200 Secret Agents to Ensure Trump's Security During Talks With Kim