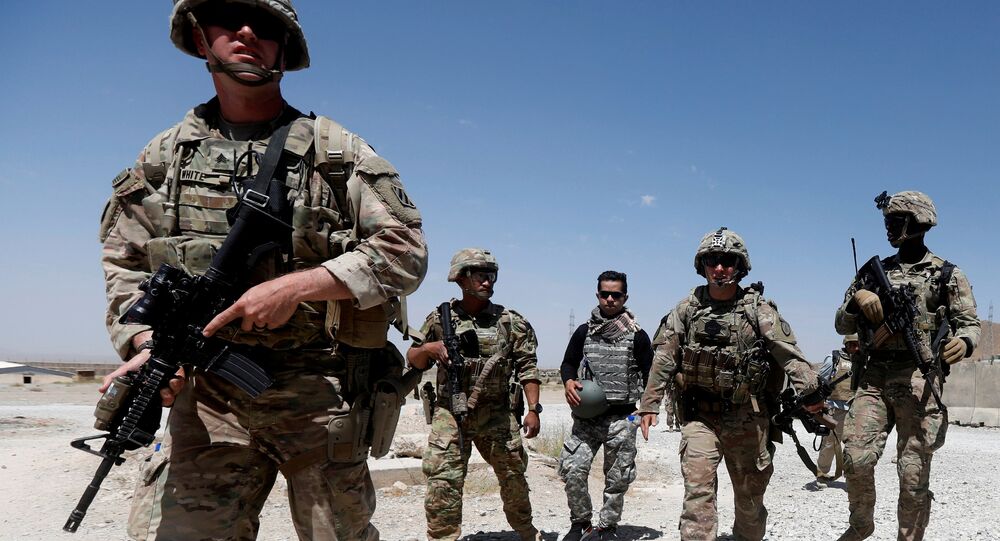 MOSCOW (Sputnik) – The United States should withdraw its forces from Afghanistan but do so responsibly, by way of helping the country recover from the years of conflict it suffered, Zamir Kabulov, the Russian president's special envoy to Afghanistan and director of the Foreign Ministry's Second Asian Department, has stated.

"[Some say] there will be a vacuum when Americans leave… We have 14,000 Americans plus 2,000 NATO members sitting at bases. Their withdrawal will create a vacuum only at the military bases, and there will be no vacuum in Afghanistan. So, apparently, it's time to leave, but it must be done responsibly… The US and its allies will have to… really help post-conflict Afghanistan now", Kabulov told the Rossiya 24 broadcaster in an interview.

He concluded that many Afghan politicians, including those who lead opposition parties, were saying that "it is time for the Americans to leave".

The statement comes after Afghan President Ashraf Ghani vowed in late January to try to remove all foreign troops from the country.

READ MORE: China Not Interested in Replacing US Military's Role in Afghanistan — Scholars

© Sputnik / Andrey Stenin
Turkey Could Become Part of Moscow Format on Afghan Settlement - Russian Envoy
The United States has reportedly been considering withdrawing as many as half of its 14,000 troops from Afghanistan, with the Taliban* requiring an end to US military presence. US officials have held a series of talks with the Taliban in Doha, Qatar in an effort to ensure their support for the Afghan peace process.

Afghanistan has long been suffering from a shifting security situation. The government has been struggling with the Taliban, which has been waging a war against Kabul for almost two decades, and the Daesh* terrorist group, which has been operating in Afghanistan since 2015.