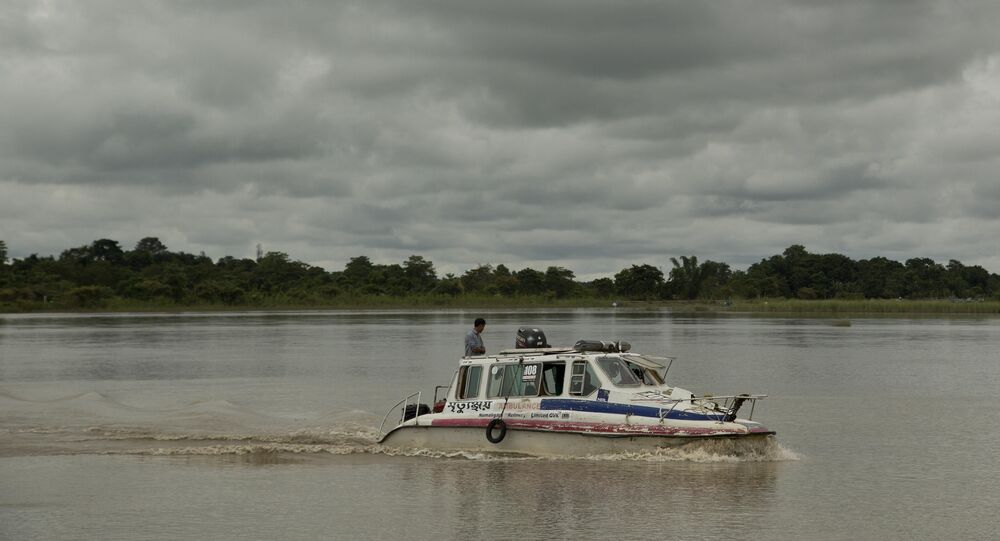 The aim of the service is to cater to patients from regions that are cut off by rivers so that they would not have to wait for long for ambulance services to reach the nearest hospitals. The motorized floating ambulances would pick them up and transport them to areas where they can access emergency road ambulances.

New Delhi (Sputnik) — India's eastern state of Odisha has launched boat ambulance services beginning Saturday for patients who reside in remote areas of the state and are cut-off from receiving medical aid due to intervening rivers, reported OdishaTV.

The cost of the boat ambulance is Rs 5.4 crores ($760,400 approx.), with the initial launch taking place in the Kendrapara district of the state.

© CC0
Golden Retriever Saves Owner by Leading Ambulance to His House
The boat ambulance is part of the 108 Emergency Response Service, in which 108 is the toll-free telephone number for integrated medical, police and fire emergency services.

The 108-boat ambulance service would have six boats and 60 jetties with walkways and would have an operational cost of around Rs 9 million ($127,000 approx.) per annum.

Skripal Under Close Medical Supervision After His Health Worsens - Reports