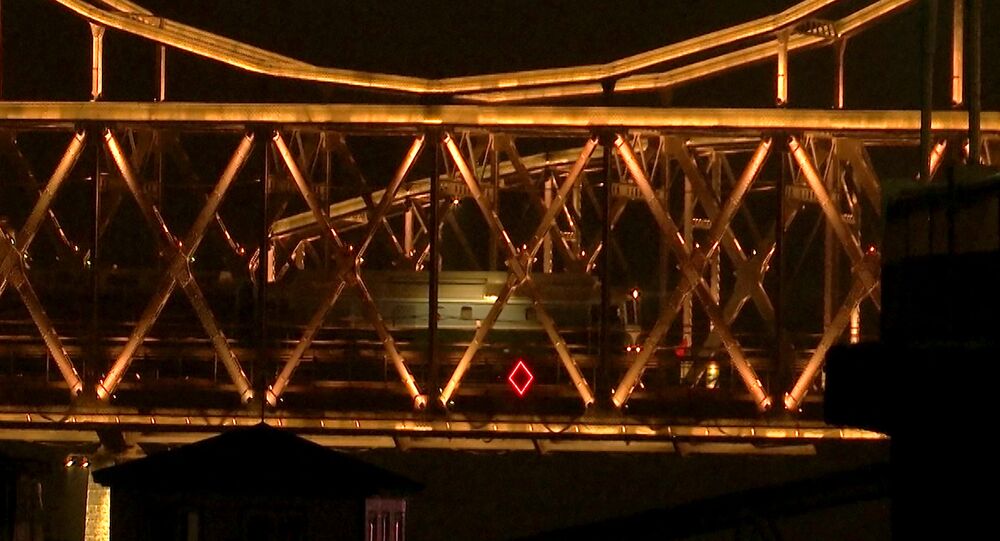 North Korean leader Kim Jong-un was on a train Sunday to Vietnam, where he is set to hold a second summit with US President Donald Trump, local media reported.

The Korean Central News Agency (KCNA) reported that the train left Pyongyang for Vietnam on Saturday afternoon. Kim was accompanied by Deputy Chair of the North Korean Workers' Party's central committee Kim Yong Chol, who is in charge of nuclear talks with the United States; Foreign Minister Ri Yong Ho; director of the international affairs department of the Supreme People’s Assembly, Ri Su Yong; and Defence Minister No Kwang Chol. The North Korean leader’s sister, Kim Yo Jong, is also among the members of the delegation.

Later on Saturday, an Associated Press reporter saw a green and yellow train similar to the one used in the past by Kim cross into the Chinese border city of Dandong via a bridge. Kim's overseas travel plans are kept secret, yet it will take approximately more than two days for the train to travel to Vietnam through China. The Trump-Kim meeting is scheduled for Wednesday and Thursday in Vietnam’s capital, Hanoi.

© AP Photo / Evan Vucci
US, North Korea Agree on Hanoi For Second Trump-Kim Summit
Vietnam's Foreign Ministry announced Saturday that Kim would pay an official goodwill visit to the country "in the coming days," having been invited by the President and general secretary of Vietnam's ruling Communist Party Nguyen Phu Trong. Vietnam's Foreign Ministry said that 2,600 members of the foreign press have registered for the event. As a part of its preparations, the Vietnamese government has announced a traffic ban along Kim's possible arrival route.

The first US-North Korean summit in Singapore, held last June, resulted in an agreement stipulating that Pyongyang would make efforts to promote the complete denuclearization of the Korean peninsula in exchange for the United States and South Korea freezing their military drills. Pyongyang expects Washington to deliver on its commitments and relax sanctions pressure, while the US administration is waiting for new steps toward North Korea’s nuclear disarmament.