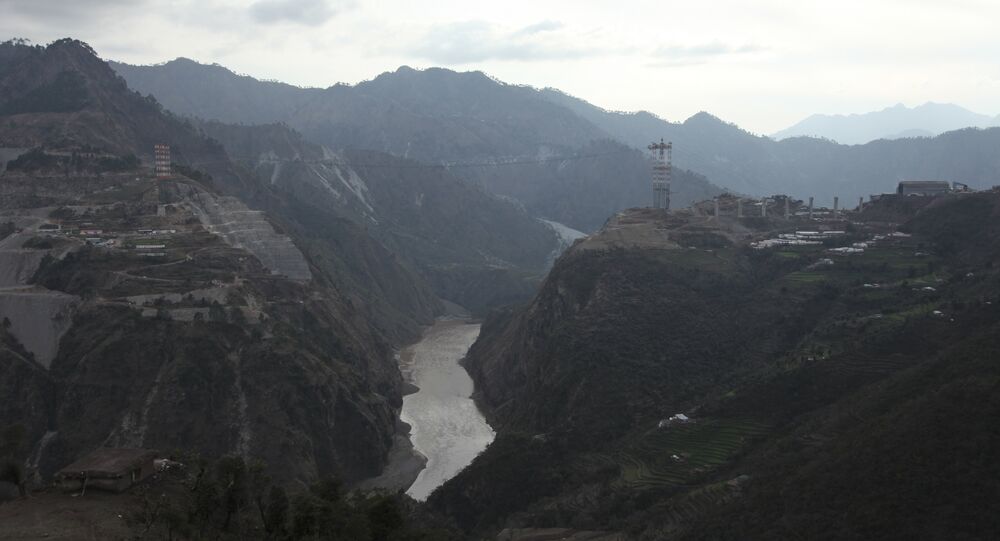 NEW DELHI (Sputnik) - Indian authorities decided to build dams to block the supply of fresh water from Indian rivers to Pakistan after the recent deadly terror attack in the state of Jammu and Kashmir, Indian Minister of Transport, Shipping and Water Resources Nitin Gadkari has stated.

"Under the leadership of Hon'ble PM Sri @narendramodi ji, Our Govt. has decided to stop our share of water which used to flow to Pakistan. We will divert water from Eastern rivers and supply it to our people in Jammu and Kashmir and Punjab", Gadkari wrote on Twitter.

The minister recalled that the construction of one of the dams on Ravi river, Shahpur-Kandi, had already begun. All government-approved projects under this plan have the status of national projects, he added.

The construction of dam has started at Shahpur- Kandi on Ravi river. Moreover, UJH project will store our share of water for use in J&K and the balance water will flow from 2nd Ravi-BEAS Link to provide water to other basin states.

© AP Photo / Dar Yasin
At Least 12 Soldiers Dead, 20 Wounded in Blast in Indian-Controlled Kashmir - Reports (VIDEO)
The relations between New Delhi and Islamabad worsened after 14 February, when a car carrying over 100 pounds of explosives was detonated on the Jammu-Srinagar highway next to a security convoy, killing 45 Indian paramilitary officers. This was the biggest terrorist attack in India since 2008, when a terrorist attack in Mumbai killed over 150 people. India has named Maulana Masood Azhar, the leader of the Jaish-e-Mohammed residing in Pakistan, as the person responsible for ordering the attack.

The group, which used to perpetrate attacks in the Jammu and Kashmir state, is affiliated with Taliban movement and al-Qaeda* terrorist organisation and aims to separate Kashmir from India and to merge it with neighbouring Pakistan.