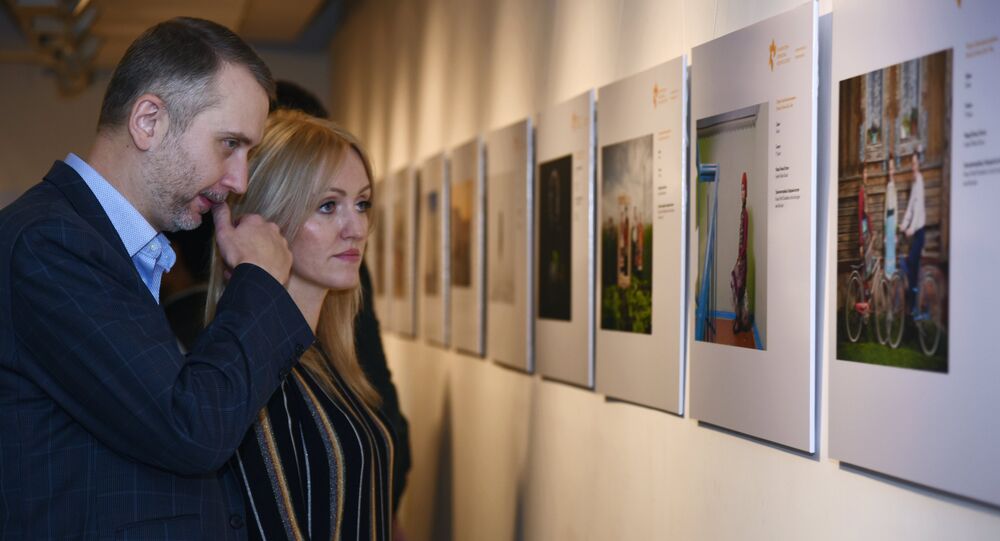 NEW DELHI (Sputnik) - An exhibition by the Andrei Stenin International Press Photo Contest, organized by the Rossiya Segodnya International Information Agency under the aegis of the Commission of Russia for UNESCO, opened at the All India Fine Arts and Crafts Society’s Gallery in New Delhi on Friday, a Sputnik correspondent reported.

The exhibition will run through February 28. Over 70 photographs from all over the world are on display, including from Russia, Spain, Italy, South Africa and Iraq. The preview of the exhibition was held at the UN Headquarters on November 2, on the International Day to End Impunity for Crimes Against Journalists. The exhibition then toured worldwide, and has been in Brussels, Beirut, Buenos Aires and Tel Aviv, among other cities.

© Photo : Ajay Kumar
'Recognition Encourages One to Sustain Hard Times' - Stenin Photo Contest Winner Tells Sputnik
"From the beginning of this year, this is already our 12th exposition, if we count Moscow. We plan to visit several more cities in the future: Berlin, Tokyo and Budapest will definitely be among them," Oksana Oleinik, the curator of the photo contest and the head of the Visual Projects Service of the Rossiya Segodnya United Photo Information Directorate, told Sputnik.

The curator of the exhibition also commended the level of attention that the exhibition has so far received in India and noted that many high-ranking guests were in attendance at the opening.

The Andrei Stenin International Press Photo Contest was launched by Rossiya Segodnya under the aegis of the Russian Commission for UNESCO. Its main goal is to support young photographers and draw public attention to the challenges of modern photojournalism. This contest is a platform for young  talented, photographers;