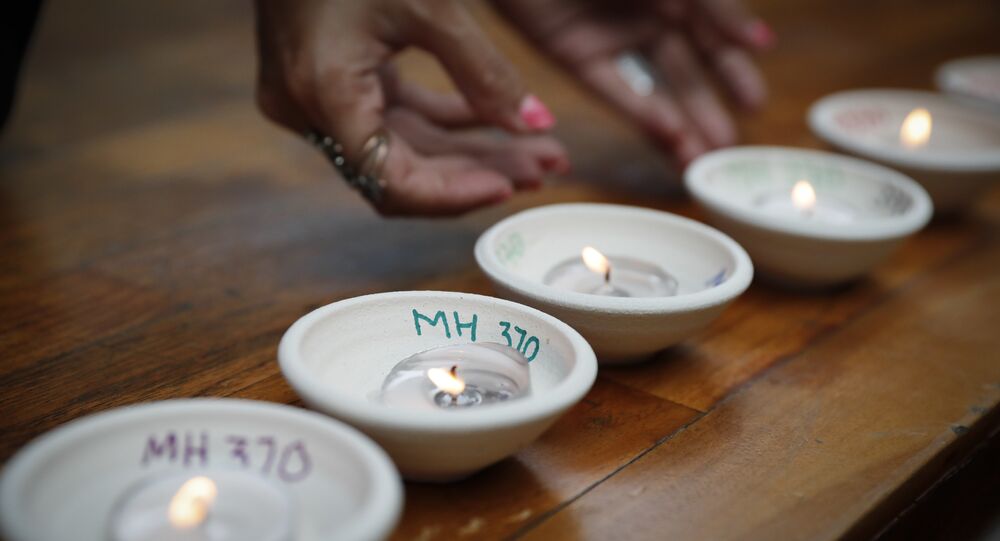 The Malaysia Airlines flight went missing in March 2014, but investigators have failed to locate the plane's crash site. Their search was abandoned in 2018 despite several pieces of debris being found on the shores of islands in the Indian Ocean that allegedly belong to the plane.

Peter Foley, an aviation expert who was part of the Australian Transport Safety Bureau's team tasked with determining the fate of the missing MH370 flight, told the Express that the key to revealing the place where the Boeing 777 crashed is the plane's flaperon, which remains in the hands of French investigators.

Foley says that the state of the flaperon could reveal a lot to investigators; specifically, whether the pilot of the doomed plane attempted to glide the Boeing to a stop in an attempt to ditch it. If the latter was the case, then the investigative teams have to expand the search area in the Indian Ocean, as MH370 could have crashed farther away.

Foley said that the team has "seen some [visual] evidence that shows [the flaperon] was in a deployed state", adding that the fact that such a crucial piece of evidence has remained in France "has been a frustration for the investigation".

The flaperon was found on a beach on Reunion Island, which belongs to France, in the Indian Ocean in 2015 and was taken away by the Gendarmerie of Air Transport (GTA), which justified the move by the fact that four French citizens were on board flight MH370. In 2018, the GTA said that it was continuing its investigation into the airplane's disappearance and that it could not yet comment on it.

Malaysia Airlines Flight MH370 with 239 passengers on board disappeared on 8 March, 2014 on its way from Kuala Lumpur to Beijing. Following four years of unsuccessful attempts to locate the plane's crash site, the Malaysian government ended its search in May 2018, admitting that they did not know what happened to the missing Boeing 777.