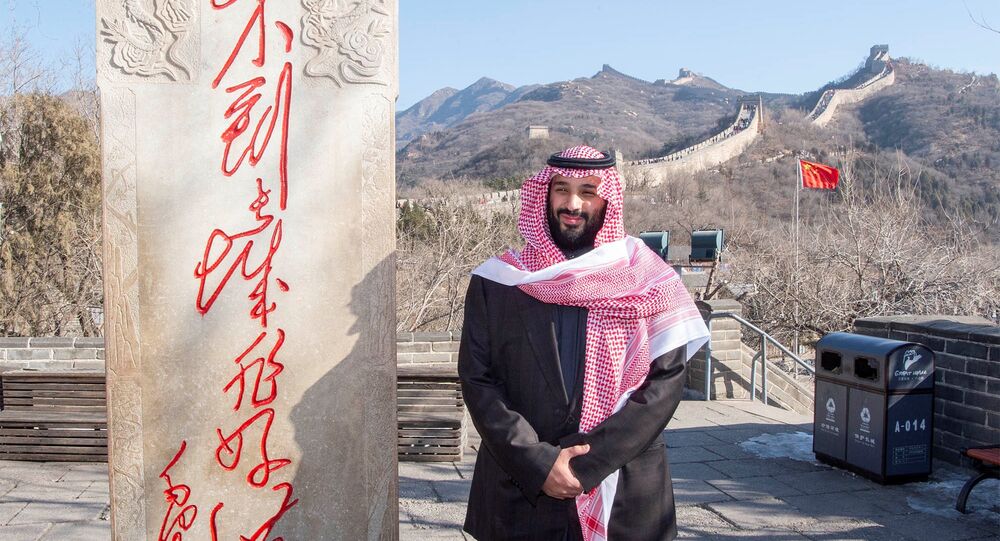 Saudi Arabia and China agreed on Thursday to deepen their financial cooperation as Crown Prince Mohammed bin Salman arrived in China as part of his Asian tour after visiting India and Pakistan earlier this week.

During his trip to Beijing, Saudi Crown Prince Mohammed bin Salman took a moment to do sightseeing and visited the Great Wall of China, where he posed for photographs, before talking business with President Xi Jinping.

The crown prince was accompanied by Chinese Ambassador to the kingdom Li Huaxin and a number of other officials during his tour of one of the greatest sights in the world.

#CrownPrinceinChina | Crown Prince visits the Great Wall of #China, in a tour accompanied by Chinese Ambassador to the Kingdom Li Huaxin and a number of officials pic.twitter.com/l4Kt2NzJe1

📷 | Parts of Crown Prince’s tour to the Great Wall of #China #CrownPrinceinChina pic.twitter.com/ElT4x9oeLt

Since Saudi Arabia remains one of China’s top crude oil suppliers and a key market for its exports, state-owned oil company Saudi Aramco signed a $10 billion deal to build a refining and petrochemical complex in China on Friday.

While Prince Mohammed is still expected to hold talks with President Xi, China’s Foreign Ministry has already said that Beijing sees “enormous potential” in Riyadh as “an emerging market country”.