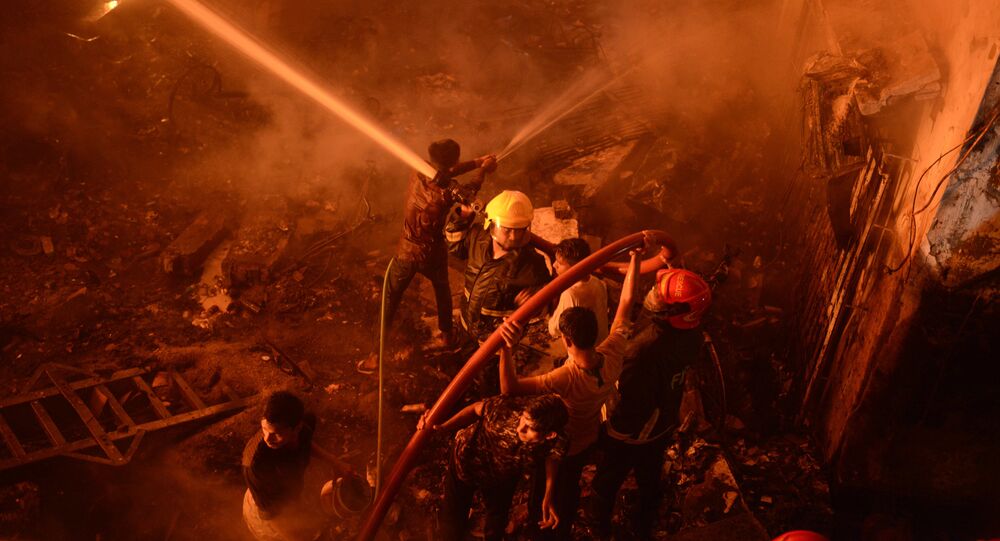 At least 70 people were killed in a fire that broke out in an apartment building in an old part of the Bangladeshi capital.

At least 70 bodies have been recovered by Thursday afternoon, AP reports, citing local officials. It is feared that the death toll may rise as some of those injured in the fire are in a critical condition.

Earlier it was reported that 69 people had been killed in a huge blaze that engulfed several buildings in the Chawk Bazar area of Dhaka's old city.

"We have so far recovered the bodies of 69 people," Mahfuz Riven, a duty officer of the Fire Service and Civil Defence, told the Xinhua news agency.

"So far we have recovered 41 bodies. The number of bodies may increase," AFP quoted Bangladesh's fire service chief Ali Ahmed.

The apartment building was also reportedly used as a chemical warehouse. The official said that the fire might have been caused by a gas cylinder, adding that the fire quickly spread through building with highly flammable chemicals.

The fire reportedly broke out around 10:30 p.m. local time (16:30 GMT) on Wednesday and subsequently tore through four other buildings, trapping dozens of people inside.

Last week, at least nine people died as a result of another fire that hit a slum in Bangladesh's southeastern city of Chattogram. According to the Daily Star media outlet, the fire, which devastated some 200 buildings, erupted at night at the Bera Market slum when local residents were sleeping.