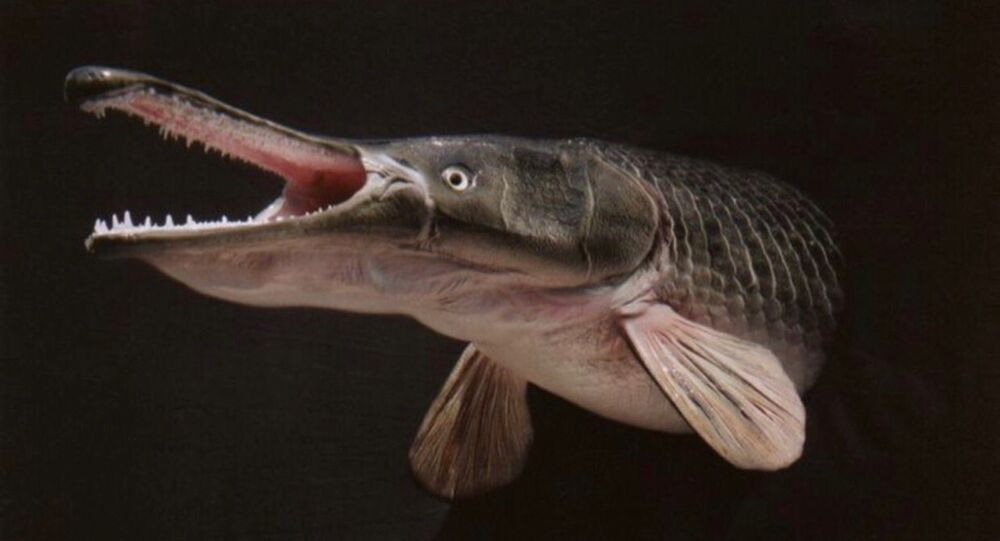 A video has surfaced showing a beastly creature discovered in a park in China's southeastern city of Guangzhou. Although this animal is not considered to be dangerous to humans, officials have prohibited park-goers from swimming in the water where it was spotted.

According to the Guangzhou Daily, the torpedo-shaped, crocodile-like creature was fished out by staff at the city's Baiyun Lake Park.

One employee said he spotted the animal sticking out of the water, with its back looking like a turtle shell, but then it showed its head, and it resembled that of a snake.

It was eventually fished out; footage from the park has emerged online, showing the creature wriggling across the floor. A man can be seen putting his foot on the reptile to hold it still, while another is trying to measure its size.

Later, it was identified by fishing experts as alligator gar, a large fish species living in North and Central America — and it remains unclear how the fish ended up thousands of kilometres away from its natural habitat.

It typically lives in freshwater but sometimes can swim into saltwater. Alligator gars can grow up to three meters tall, but the one caught in Guangzhou was estimated to measure 1.2 metres.

Although these beasts look menacing, there have been no reported attacks on humans and they are not considered a threat, though their eggs can cause intoxication when consumed.

Driven by concerns that the animal could be dangerous, Guangzhou officials still opted to erect warning signs in the park, advising the public against entering the water.