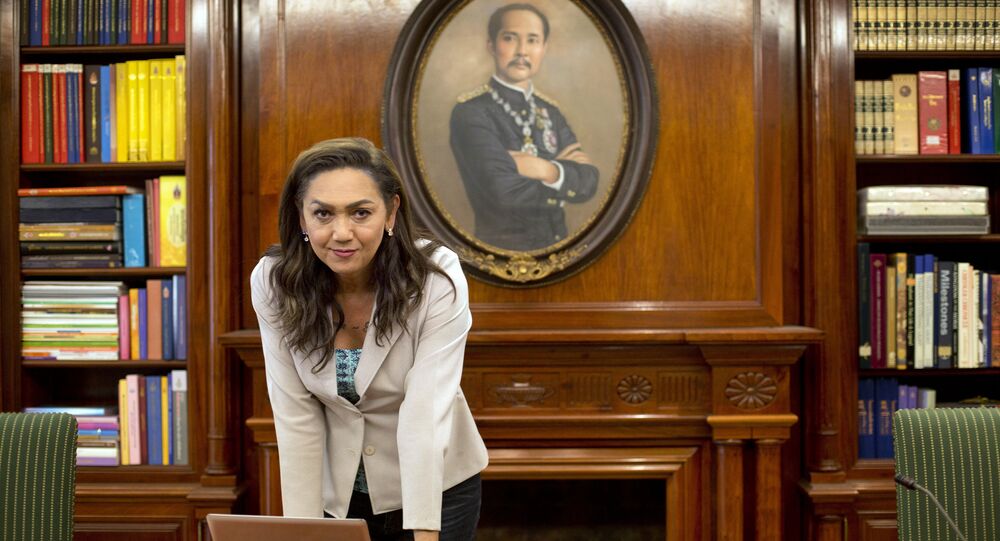 Pauline Ngarmpring, well known in Thailand’s soccer sphere, now wants to become the country’s first transgender prime minister. Ngarmpring is skeptical about her prospects for victory, but says the important thing is the campaign itself. She’s just one of 20 LGBTI candidates to be on Thai ballots next month.

The 52-year-old Ngarmpring only joined the left-wing Mahachon Party last year, but already she's catapulted to the front of the line for prime minister nominees in the March 24 parliamentary elections in Thailand.

Thailand's military has governed the country since it seized power amid political turmoil and widespread social unrest in 2014. The military junta, named the National Council for Peace and Order, quickly promised new elections but has continually postponed them ever since. Prayut Chan-o-cha, who heads the NCPO as the nation's prime minister, will stand in the March election against Ngarmpring.

"Nowadays people say, ‘Oh, you are transgender? You want to become our prime minister. It's going to be funny; it is going to be a very strange story,'" Ngarmpring said, recalling people's reactions to hearing about her goals. She only began her transition three years ago, and many people know her as Pinit, the name she was given at birth.

"But I don't think that way," she said. "Whatever you are, you have your value. You love yourself, and then you share with people."

While Thailand is well-known for its transgender women, who are often called "kathoey," which means something like "lady boy" and which few use to refer to themselves, people like Ngarmpring call themselves "a second kind of woman" or simply "women," without making distinction for having been assigned a different gender at birth. It's still a subject of debate within the community as to whether or not they are transgender or constitute a distinct third gender in Thai society, though.

However, the economic and social hardships faced by trans women in Thailand are hard to debate, and it's among the country's downtrodden LGBTI population that the Mahachon Party, and Ngarmpring, hope to do well and to represent after March 24.

"We are not saying we are better than male or female," Ngarmpring said, according to AP. "We just want to say we are equal."

A 2015 Thai law bans discrimination according to gender identity or sexual orientation, but contains many caveats for education and other services that many women and LGBTI advocates have decried.

Ngarmpring has campaigned heavily in Bangkok's nightlife areas, where many vulnerable and exploited people, such as trans women, find themselves working in massage parlors or doing sex work. Mahachon has made legalization of prostitution one of its campaign planks, AP noted.

The country has nearly 200,000 prostitutes and nearly 3 million people working in sex work in total. The industry produces $6.4 billion annually, or over 1 percent of the Thai GDP, according to Asian Correspondent.

Ngarmpring doesn't think she'll win her election, but she says it's still important "because I am the first one who dares enough to announce: 'Hey, we can do it!'"

"I will not be a prime minister. But it doesn't matter. It will take some time, and it is not going to be the end of the world after the next election," she said. "It doesn't have to be me. It can be the next generation."

Luigi is a Trans & ‘I Am Here for Her’: Super Mario Bros Fans Rally on Twitter