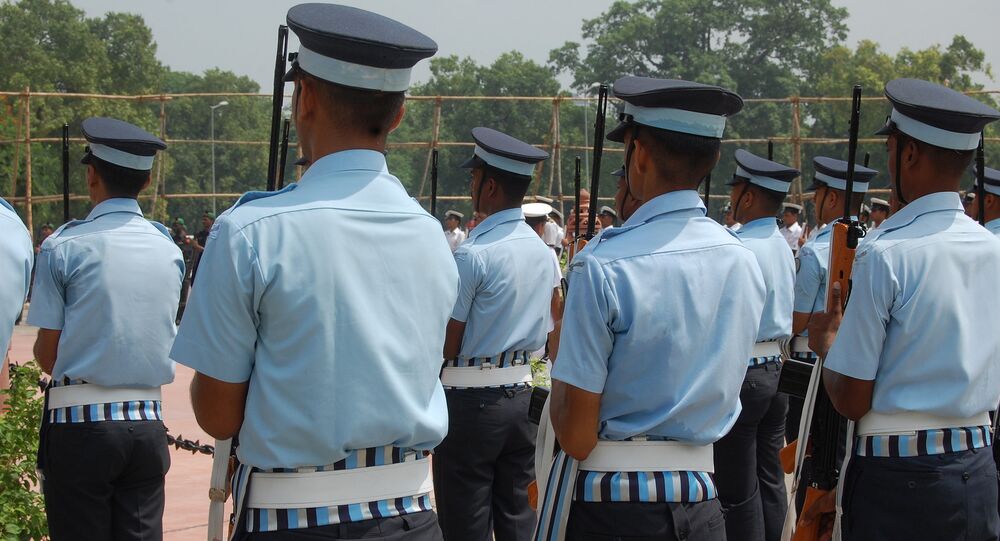 India's right-wing Bharatiya Janata Party (BJP) government is providing cover for Hindu vigilantes who avenge the killing or trading of cows, often thinly-veiled excuses for lynch mobs directed at Muslims and low-caste Hindus, according to a new report by Human Rights Watch. The police routinely delay or ignore investigations in these murders.

A report issued Monday by HRW highlights the mob murders of dozens of Indians since Prime Minister Narendra Modi came to power in 2014. Between May 2015 and December 2018, at least 44 people have been killed across 12 Indian states and around 280 people injured in 20 states by so-called "cow protection groups" — Hindu vigilantes seeking to punish people who kill or disrespect cattle, which they hold to be sacred.

Nearly all of those killed and injured have been Muslims, low-caste Hindus called Dalits, and members of a South Asian indigenous people called Adivasis, according to the report.

"In almost all of the cases, the police initially stalled investigations, ignored procedures or even played a complicit role in the killings and cover-up of crimes," the HRW report states. "Instead of promptly investigating and arresting suspects, the police filed complaints against victims, their families and witnesses under laws that ban cow slaughter. In several cases, political leaders of Hindu nationalist groups, including elected BJP officials, defended the assaults."

The report mentions a particularly egregious case in Uttar Pradesh in December 2018 when, following the murder of two people by mob violence, the state's chief minister went on to warn people: "Illegal slaughtering, and not just cow slaughter, is banned in the entire state."

In many of the attacks, the victims were not obviously part of any kind of cattle slaughter or trading and were simply targeted for being members of a minority that does, at times, eat or trade in bovines and their meat.

"In addition to beating up cattle traders and transporters that have caused serious injuries, even fatalities, cow protectors have reportedly assaulted Muslim men and women in trains and railway stations in Madhya Pradesh state, stripped and beat Dalit men in Gujarat, force-fed cow dung and urine to two men in Haryana, raided a Muslim hotel in Jaipur and raped two women and killed two men in Haryana for allegedly eating beef at home," HRW wrote.

Modi, who hails from the right-wing BJP, helped whip up nationalistic support for his party's successful 2014 election campaign by raising the specter of a "pink revolution" which he claimed endangered the sacred bovines. Modi coined the term to describe a purported change in food consumption patterns similar to the famed "green revolution" in the country's agriculture in the 1970s.

However, according to data from the United Nations' Organisation for Economic Co-operation and Development (OECD) and the Food and Agriculture Organization (FAO), per capita consumption of beef and veal in India has actually decreased in the last 10 years, with the largest decrease happening before Modi took office in May 2014. In 2008, India clocked in at 1.063 kilograms of beef and veal consumed per capita, falling to 0.346 kg/c in 2014 and increasing only slightly since then to 0.520 kg/c last year.

​​According to a survey by New Delhi Television (NDTV) cited by HRW, "there was a nearly 500 percent increase in the use of communally divisive language in speeches by elected leaders — 90 percent of them from the BJP — between 2014 and 2018, as compared to the five years before the BJP came to power. Cow protection formed an important theme in a number of these speeches."

The report includes several examples of this rhetoric coming from BJP officials, including the chief ministers and lawmakers of several Indian states.

"We will hang those who kill cows," Raman Singh, the BJP chief minister of Chhattisgarh, said in April 2017.

"I had promised that I will break the hands and legs of those who do not consider cows their mother and kill them," said Uttar Pradesh lawmaker Vikram Saini, a member of BJP, in March 2017.

"Muslims can continue to live in this country, but they will have to give up eating beef," said Manohar Lal Khattar, the BJP chief minister of Haryana, in October 2015. "The cow is an article of faith here."

"Calls for cow protection may have started out as a way to attract Hindu votes, but it has transformed into a free pass for mobs to violently attack and kill minority group members," said Meenakshi Ganguly, HRW's South Asia director. "Indian police investigations into mob attacks are almost as likely to accuse the minority victims of a crime as they are to pursue vigilantes with government connections."

"They [police] also threatened us with arrest under cattle protection laws, saying they will put our whole family in jail," the brother of one victim told HRW.

The New York Times noted that some of these attacks were filmed.

"You won't put your face on video committing a crime if you're bothered about being punished," Indian social worker and writer Harsh Mander told the Times. "You're assured that you'll be protected and treated like a hero."

Activists have long sought government restraint of pro-vigilante rhetoric and the imposition of anti-lynching laws. In July 2018, India's Supreme Court ordered "preventive, remedial and punitive" measures to combat lynching by cow protectors. "It is imperative for them to remember that they are subservient to the law and cannot be guided by notions or emotions or sentiments or, for that matter, faith," the court said.

© Photo : Pixabay
Indian Muslim Teenager 'Raped and Murdered Because of Relationship With an Arab'

Only in August 2018 did Modi speak out against vigilante attacks by cow protectors, saying, "I want to make it clear that mob lynching is a crime, no matter the motive." However, he's dismissed the idea that such attacks express any kind of anti-Muslim sentiment.

"They've created an enabling and supportive environment for people to act out their hate," Mander said. "Once you let the genie out of the bottle, it's not going to obey you and just go back in."