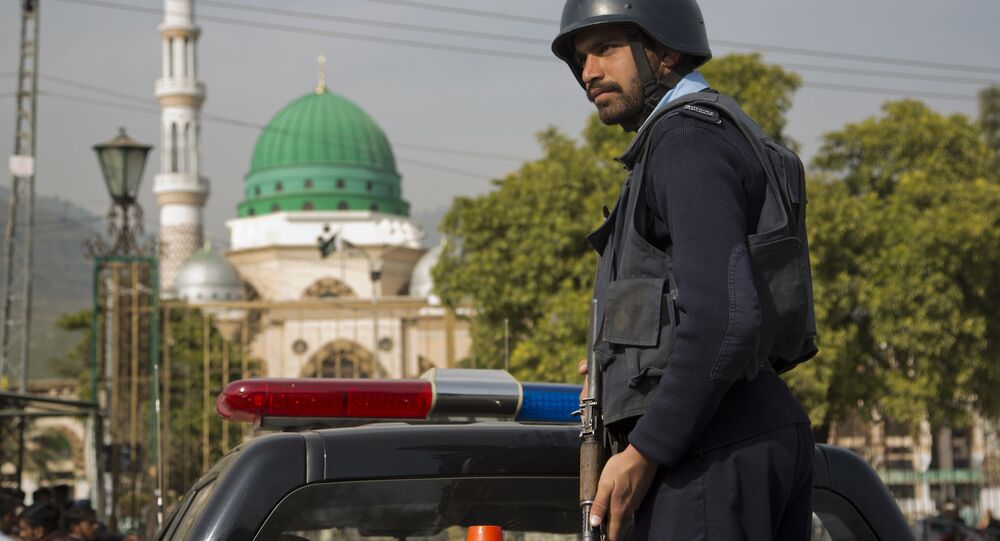 The police said that he was a serial offender, and had been sentenced and imprisoned in 2016 for sexually assaulting a minor.

An Islamic religious instructor was arrested in Pakistan's Wah Cantonment and charged with attempting to sexually assault an eight-year-old girl, Dawn, an English-language daily newspaper in Pakistan, reported.

The girl was sent by her parents to the house of the accused, who lived in the same neighbourhood, to study the Quran.

According to the girl's father, her daughter had gone to the Quran teacher's house in the morning and shortly thereafter rushed home in tears.

© CC BY 3.0 / Yogita / Indian wedding Delhi
A Quarter of Rape Cases in India are a Result of Failure to Marry – NGO
Visibly shaken, she took about half an hour to collect herself and relate her ordeal at the Quranic teacher's house.

The girl revealed that the brother of the teacher, who also teaches the Quran to students, had tried to molest her sexually. She was only able to free herself from the man when she began to scream. The man let her go, but not before threatening her with death should she recount her experience to anyone.

READ MORE: Jihadi Bride Should be Left to Rot

The girl's mother then went to the Quran teacher's house to confront the accused. As things unfolded, other women from the neighbourhood began to congregate there and recounted that the accused had assaulted their sons and daughters also but they had chosen to keep silent about this.

The police at Wah Saddar in Pakistan arrived and arrested the paedophile.