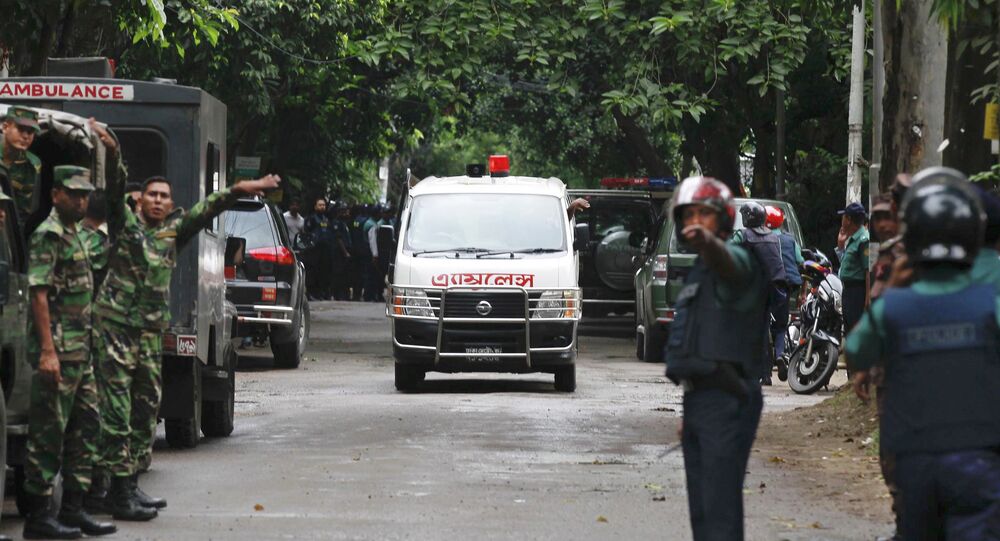 MOSCOW (Sputnik) - At least nine people died on 17 February as a result of a fire that hit a slum in Bangladesh's southeastern city of Chattogram, the Daily Star media outlet reported.

According to the Daily Star media outlet, the fire erupted at night at the Bera Market slum when local residents were sleeping. The fire devastated about 200 buildings.

The list of the victims reportedly includes at least three children aged 4, 8 and 16 years. The local authorities have announced that each family of the dead victims would get a compensation of 20,000 Bangladeshi takas ($238).

Causes of the fire remain unknown.

A total of 11 vehicles from four fire stations tamed the fire around 8:05 a.m., after five hours of frantic effort, media reported.

The investigation of the incident is underway, the fire department stated.

No Smoking, Please: WATCH Fire on Board Plane Caused by Exploding Vape Pen