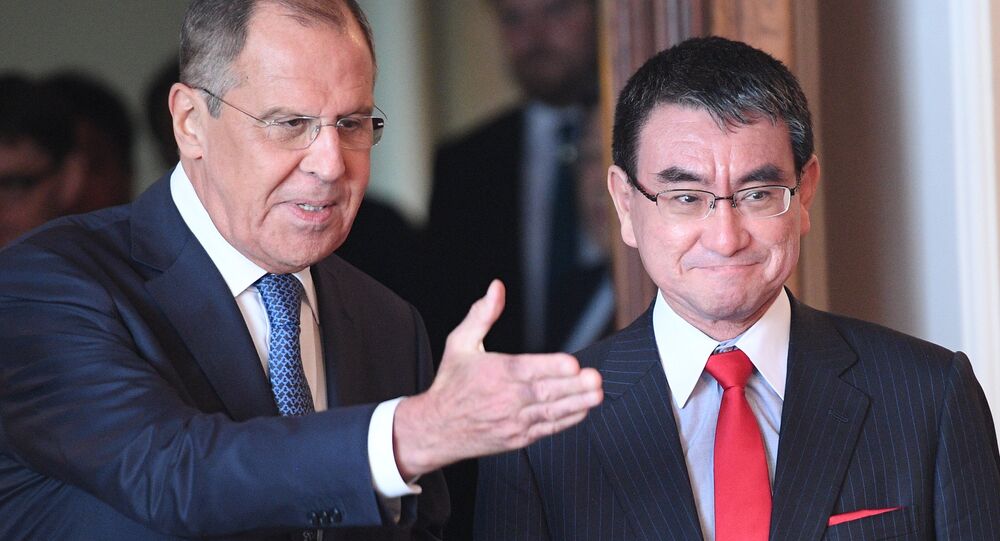 On Saturay, Lavrov and Kono met on the sidelines of the 55th Munich Security Conference.

"We confirmed that the next meeting of the foreign ministers of Russia and Japan will be held in Japan. An agreement was reached to organize the forthcoming visit of Mr. Lavrov to Japan," Kono said, as quoted by the Kyodo news agency.

Another agreement was reached to hold close consultations between the deputy foreign ministers of Russia and Japan, Igor Morgulov and Takeo Mori, he said.

Kono also stressed that the problem of concluding a peace treaty could not be solved overnight.

"It is impossible to solve this issue in one moment, but we are confidently moving in this direction. Since the discussions are conducted within the framework of national interests [of each of the parties], the discussions are tough. We are in deep negotiations to reach a solution that would suit both parties," the minister added.

© Sputnik / Eduard Pesov
US Actions in Japan Create Risks For Security of Russia, China - Lavrov (VIDEO)
Russian-Japanese relations have long been complicated by the fact that the two nations never signed a permanent peace treaty after the end of World War II. The deal was never reached because of a disagreement over a group of four islands — Iturup, Kunashir, Shikotan and Habomai — that are claimed by both countries. They are collectively referred to as the Southern Kurils by Russia and the Northern Territories by Japan.

Since Russian President Vladimir Putin's visit to Japan in December 2016, the relationship between the two nations have been improving, with the two sides agreeing to develop joint projects on the disputed islands.