Australian prime minster Scott Morrison's administration became the first in 90 years to have a major bill voted down in Parliament, losing by a narrow margin of 75-74.

Despite the bill passing in the lower house, it will face scrutiny in the upper Senate before being adopted as law.

Previous Australian administrations have supported detention centres in order to prevent deaths by drowning at sea whilst travelling to Australia.

"The legislation Labor passed in the House of Representatives today ensures that people in Australia's care can get urgent medical treatment when they need it," Australian Labour party leader Bill Shorten tweeted.

"The Australian people understand our nation can be strong on borders and still treat people humanely," Mr. Shorten added. "We can preserve our national security and still look after people to whom we owe a duty of care. This legislation gets that balance right." 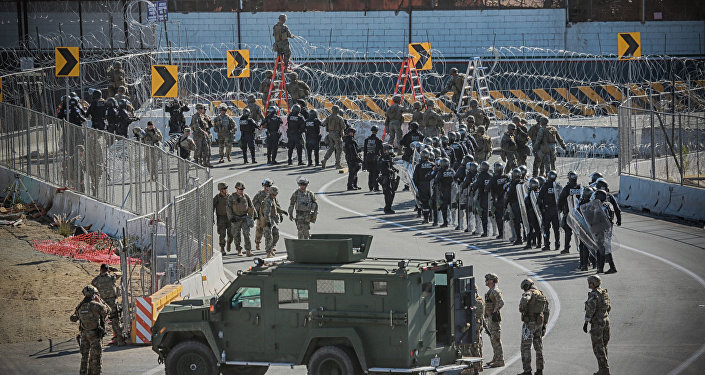 © AFP 2019 / Sandy Huffaker
Pentagon Authorises Repositioning of 250 Troops to Border in Response to Migrant Caravan
The defeat comes after Canberra, along with governments in Czech Republic, Hungary, Bulgaria, Slovakia, Lithuania and others refused to sign the UN Global Compact for Migration in Morocco, citing fears that the agreement would place restrictions on individual sovereign rights and migration policies. The pact is not legally binding and only encourages global cooperation on immigration, and was signed on 19 December.
...
Reddit
Google+
Blogger
Pinterest
StumbleUpon
Telegram
WhatsApp
03