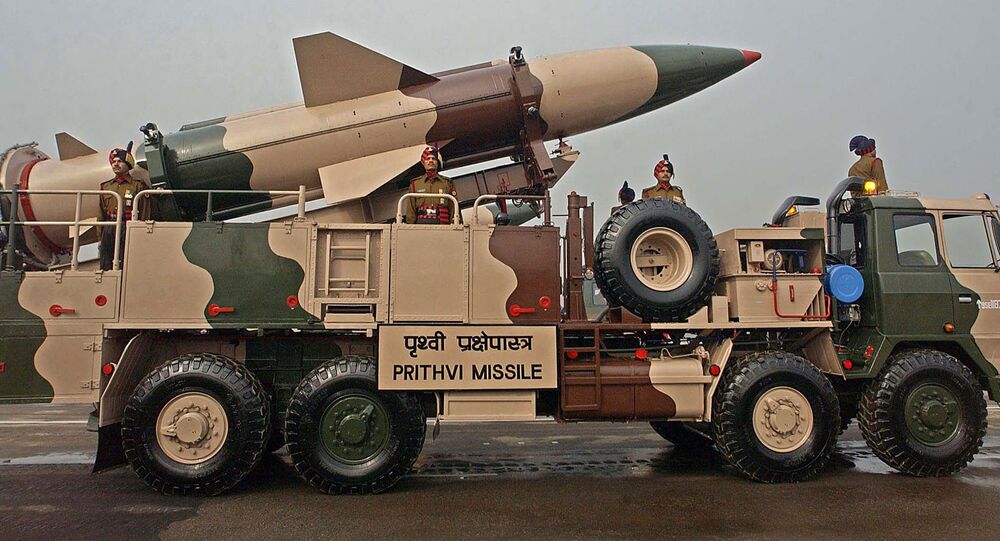 The upgraded version of India's domestically-produced high-altitude interceptor missile PDV is now closer to being declared fully fit, as it successfully killed a simulated target from a defence facility off the cost of Odisha on Tuesday. The PDV is designed to destroy missiles at exo-atmospheric altitudes of 50-150 kilometres and be fired from a range of around 2,000 kilometres.

After the missile crosses the atmosphere, the heat shield is ejected and the infrared (IR) seeker dome opens to look at the target location as designated by the mission computer. With the help of inertial guidance and the IR seeker, the missile zeroes in on the target for interception. From detection to interception, the entire exercise is fully automated, with no need for human intervention, according to the DRDO.

© AP Photo
Night Trial of India's Nuke-Capable Prithvi-II Ballistic Missile Successful
Interceptor missiles have been developed by DRDO (Defence Research and Development Organisation) as a strategic weapon against ballistic missile attacks. Successful trials of the endo interceptor missile (AAD) and exo interceptor missile (PDV) were also carried out in August 2018 and September 2018, respectively, according to a defence ministry release.

India is the fifth nation in the world to develop a comprehensive Ballistic Missile Defence system. The other countries are the US, Russia, Israel and China.