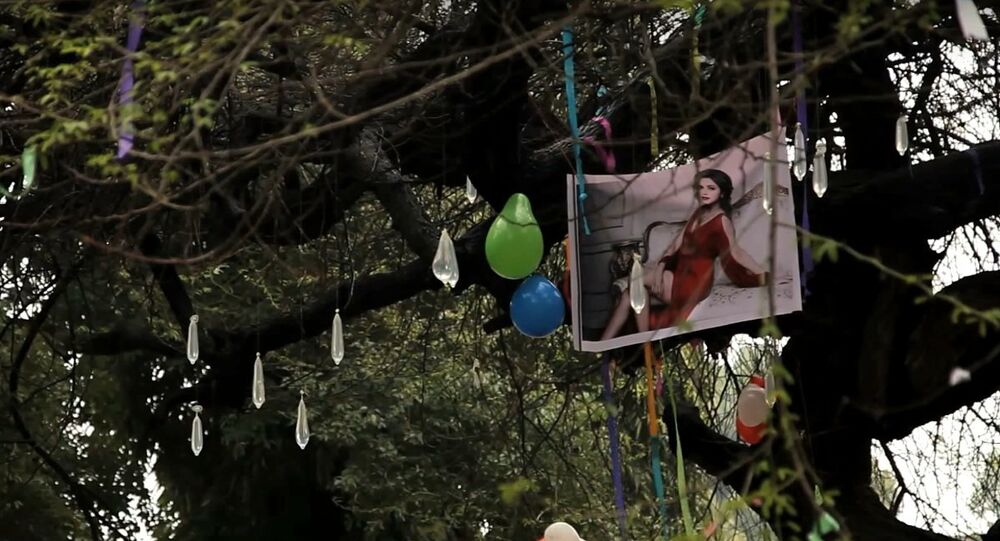 Students Spar Over 'Worship of Virgin Tree' at India College

Some male students worship the tree on Valentine's Day in the hope of it granting them a girlfriend within six months. This practise has angered many female students, who are now looking to put an end to it.

Pupils of the Hindu College in India's capital are divided over some male students' worshipping of the "virgin tree" on Valentine's Day in the hope of getting a girlfriend within a matter of months, the ANI news agency reports.

Hindu College, which is very proud of it’s ‘Virgin tree’ celebration, is at it again. Apparently, this ‘ritual’ holds a special place in the hearts of Hinduites, who seem to be amused by the visibly sexual representation of Damdami mai. @rampalarjun @VishalBhardwaj

​​The tree, located within the college campus, is proving to be controversial, with some students branding the practice "misogynistic" and "patriarchal".

© REUTERS / Ints Kalnins
Pakistan University to Celebrate ‘Valentine's Day’ as ‘Sister’s Day’
On Valentine's Day, senior students chose their most desirable Bollywood actress and designate her goddess Damdami Mai. Moreover, the tree is decorated with balloons and posters of film actresses, before male students surround the "virgin tree" and worship it.

Some female students are opposed to the "V-tree ceremony", calling it an objectification of women.

The V-Tree ‘puja’ itself is ridden in a Brahmanical and casteist notion of prayer and reward- pray to the Virgin tree to lose your virginity. This mock ritual actually ends up finding itself enacting the figure of ‘male priest’ ordained by Gods to perform the ‘ceremony.’ pic.twitter.com/vtmVB83obV

​"It is a very old tradition and over the years it has become an identity and culture of our college. It was started way back in 1953. All students, especially newcomers want to witness this Puja [worship]. However, this year a few students are seeking to get it banned as they say it represents male desperation, aggression and their misogynistic attitude towards women. But the truth is that it is commemorated to spread awareness about sexually transmitted diseases, HIV and sex education among the students," Ankita Biswas, a female student at the college who favours the continuation of the practice, said.

© Photo : priya.p.varrier/instagram
Indian Court Drops Case Against ‘Wink Girl’ Actress Accused of 'Blasphemy'
On the other hand, Deepika, the vice president of women development at the college and a student member of the internal complaint committee against sexual harassment, claimed that the worship song sung by male students around the tree features lewd lyrics.

"The practice which is followed in the name of tradition declares women as a mere object," she said.

Meanwhile, Shyam, a male student, expressed his opposition to the practice. "There should not be any tradition which makes female students [are left] uncomfortable in the university environment. How can students promote misogyny and sexual aggression in the college?" he questioned. "The Aarti [worship song] which they sing has nothing to do with creating awareness on [about[ HIV, STDs and sex education. Moreover in the era of science and technology promoting such superstitions are condemnable," he stated.

This Valentine’s Day, Turn Off Your Phone and Cuddle - For Your Health