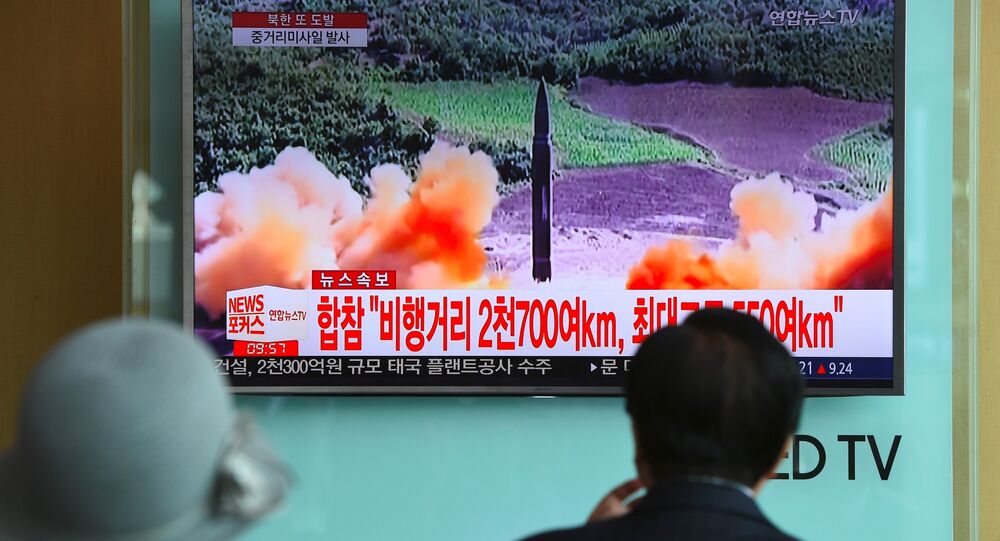 "The Deputy Secretary and National Assembly Speaker reaffirmed the ironclad alliance between the United States and the Republic of Korea and pledged to maintain close coordination to ensure the final, fully verified denuclearization of the Democratic People’s Republic of Korea", Palladino said Monday.

Both parties also affirmed their commitment to strengthening trilateral cooperation with Japan, he noted.

Deputy Secretary of State Sullivan met with Republic of #Korea National Assembly Speaker Moon—both our countries are committed to denuclearization of the #DPRK, strengthening our trilateral relationship with #Japan, and collaborating on shared interests in the #IndoPacific. pic.twitter.com/xrmoZ14bnR

Earlier in the day, South Korean media reported that Foreign Minister Kang Kyung-wha could hold a meeting with US Secretary of State Mike Pompeo to discuss North Korea later this week on the sidelines of a US-sponsored ministerial event in Warsaw.

© AP Photo / Wong Maye-E, File
North Korea Has 20 Undeclared Missile Operating Bases – Report
US President Donald Trump announced in his State of the Union address last week that he would meet again with North Korean leader Kin Jong-un in Vietnam on 27-28 February. US Special Representative for North Korea Stephen Biegun and his North Korean counterpart Kim Hyok Chol held talks in Pyongyang on 6-8 February to prepare the ground for the second Trump-Kim summit.

The situation on the Korean Peninsula has improved over the past year after Seoul and Pyongyang concluded important agreements calling for peace and stability in the region, and Kim and Trump held a historic summit in Singapore in June 2018.

© REUTERS / KCNA
North Korea Marks Historic ICBM Launches With Monuments
During the summit, the sides reached an agreement stipulating that North Korea would make efforts towards complete denuclearization in exchange for the United States and South Korea freezing their military exercise and potentially lifting US sanctions.

Pyongyang conducted its latest missile launch in November last year. In April 2018, Kim announced that the country would suspend its ICBM launches and missile tests ahead of the summits with South Korean President Moon Jae-in and US President Donald Trump.