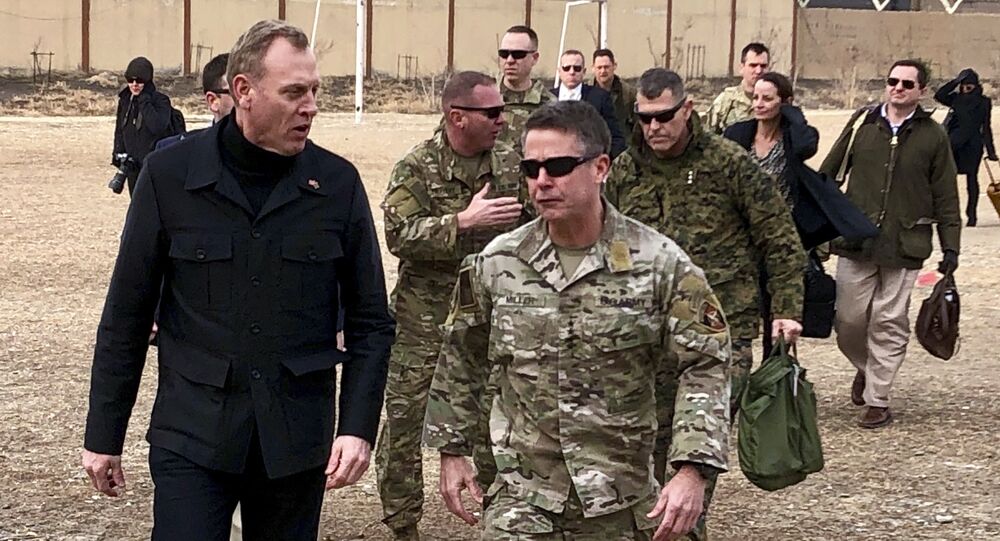 Acting US Defense Secretary Patrick Shanahan arrived in Kabul Monday to meet with senior US and Afghan officials. There, he told reporters that the fate of Afghanistan has to be decided by Afghans.

"The Afghans have to decide what Afghanistan looks like," Shanahan told Military.com in Kabul, the capital of Afghanistan. "It's not about the US; it's about Afghanistan."

Shanahan was "meeting with President Ashraf Ghani to discuss a broad range of defense issues," a Monday Pentagon statement reads.

According to multiple reports, Shanahan told reporters Monday that he did not have orders to start withdrawing troops, but a Taliban political official said in Moscow last week that the Taliban had already received word from the US that Pentagon personnel in the country would be halved.

"Yes, the Americans told us that half of their troops will be withdrawn starting the beginning of February until the end of April," Abdul Salam Hanafi, the deputy chief of the Taliban's political office in Doha, told Sputnik News at intra-Afghanistan talks held in Moscow last week.

© CC BY 2.0 / The US Army
US Promised Taliban to Withdraw Half of Troops From Afghanistan by End of April - Movement Representative

A spokesman for the Afghan Ministry of Defense said Monday that US government-backed Afghan forces are fighting the Taliban in at least 15 provinces, TOLONews reports. Afghan National Defense and Security Forces will ramp up attacks on Taliban strongholds, said Ghafoor Jawed, a spokesman for the ministry.

"At least 10 commanders of Taliban have been killed in the last three weeks," said the spokesman, who noted that Afghan forces are also targeting Daesh militants located inside Afghanistan. Counter-offensives against the Taliban in the northern province of Takhar resulted in "good achievements," Hayatullah Aqtash, commander of Pamir 20 Army Brigade, told TOLONews.

© AP Photo / Allauddin Khan
‘Like It or Not, We Have Lost’: Retired US General Concedes Afghan Defeat

Zalmay Khalilzad, US special representative for Afghanistan reconciliation, recently announced that US and Taliban officials had reached an agreement in principle for a peace deal. The US envoy said last week that he's hopeful a deal can be reached by July to end the US war in Afghanistan.

Khalilzad is going to lead an "interagency delegation" from the US to Belgium, Germany, Turkey, Qatar, Afghanistan and Pakistan for the rest of the month as "part of an overall effort to facilitate a peace process," a spokesperson for the US State Department said Sunday.