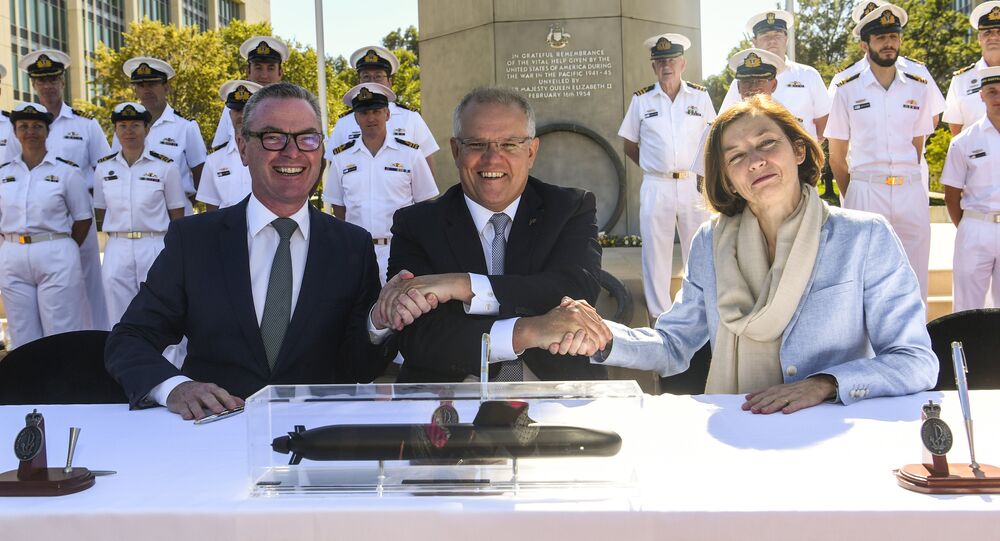 "Today is a defining moment for Australia with the formal signing of a $50b agreement to build 12 submarines in Australia for the Navy. This agreement will create around 2,800 jobs for Australians, while helping to protect our country and keep Australians safe," Christopher Pyne said on Twitter.

According to the Australian Defence Ministry, the first submarine that will be named HMAS Attack is expected to be delivered in the early 2030s.

"The submarines will help protect Australia’s security and prosperity for decades to come and also deepen the defence relationship between Australia and France… The Attack class submarines are a major pillar of our $90 billion National Shipbuilding Plan, which will see 54 naval vessels built in Australia, to meet the strategic requirements set out in our 2016 Defence White Paper and giving our Navy the edge it needs in an uncertain world," the ministry said.

In 2016, France won a tender for the construction of 12 new-generation submarines for Australia, beating Japan and Germany. According to media reports, the victory of France may mean that the new Australian submarines will be versions of Barracuda-class submarines with non-nuclear power unit.