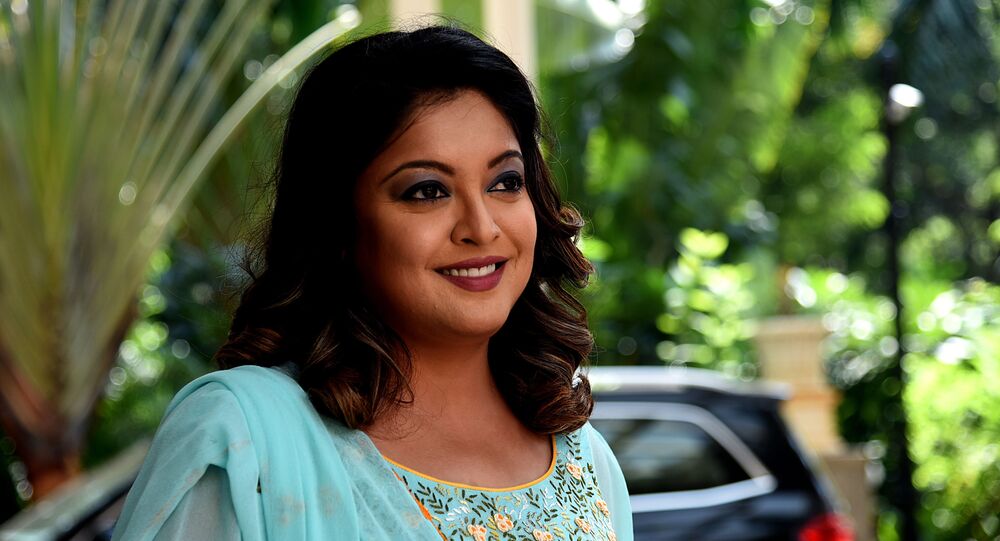 Former beauty queen had pioneered the women against workplace harassment movement in India when she accused an acclaimed Bollywood actor of sexual misconduct. She received lots of media attention and compliments from people for her bold stance.

New Delhi (Sputnik): Indian actress Tanushree Dutta, a veteran of many bold Bollywood movies, has announced on her Instagram page that Harvard University in Massachusetts has extended an invitation to her to speak at a conference on 16 February 2019. This event is being organised by the graduate students of Harvard Business School and the Harvard Kennedy School.

Invited to speak at the Harvard Business School in Boston Massachusetts.India Conference 2019 on feb 16, a flagship event organized by the graduate students of Harvard Business school and Harvard Kennedy School. http://indiaconference.com/2019/speakers/

The beauty queen spearheaded the #MeToo movement in October 2018, when she opened up again about her sexual harassment accusation against actor Nana Patekar, which she alleges happened during the 2008 film ‘Horn OK Please'. Following her lead, many actresses and other women went public with stories alleging sexual harassment in the workplace.

#TanushreeSpeaksToArnab | The communication wasn't happening as then their inflated egos have gotten hurt: Tanushree Dutta pic.twitter.com/4VlgEsGKTB

Her invitation to Harvard was warmly received by her fan base.

Capriomarki: "All the best Tanushree. You are a true Champion and the pioneer of metoo movement in India. Go there, and as always, make us proud and name and shame all the bastards that harassed you and actresses like Kangana Ranaut so that all these fuckers understand that there is Someone as strong as you who doesn't give a damn." It's platforms like where your voice will be heard by zillions across the world. Congratulations & loads of love from All Indians in Canada !"

Duttausha: "very proud of you. keep fighting for justice. don't give up."

sunil.jangle: "Great work and absolutely not surprised. Words you speak prove your grasp, intellect and talent about POSH. Best wishes."

As is now more of a norm than exception some trolls were also active.

sa.chin3332: "This is only for Publicity not for woman justice. She is one of bold actress in bollywood. aashiq banaya apne fame girl."

prashantsingh0622: "Why are doing this only for publicity nana is best."