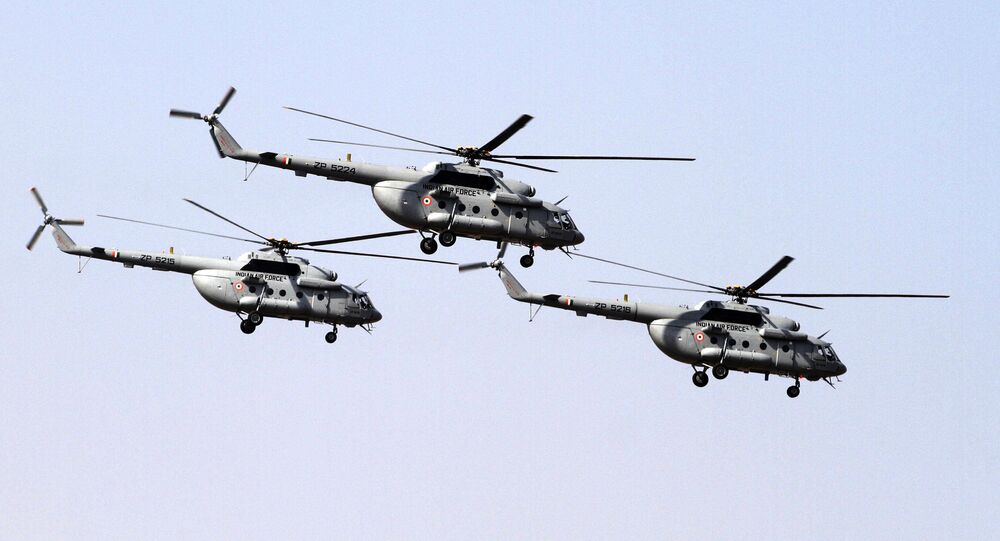 Metaphorically named Nag (meaning cobra), it can be launched from both land and air-based platforms. The strike range of the weapon is 4 km and 7 km respectively.

The weapon system has been tested for its full range. The Defence Research and Development Organisation (DRDO) has been working on the Nag (Hindi for "Cobra") since 2009, spending approximately $47 million on its development.

© AP Photo / U.S. Army photo by Spc. Zoe Garbarino
'Trap for Turkish Tanks': Syrian Kurds Reportedly Get Advanced US Anti-Tank Missile Systems
A report citing defence sources said that the HeliNa (helicopter version of Nag) weapon system took off smoothly from the launch platform and tracked the target all through its course before hitting it with high precision. Another test of the upgraded air version of the missile is scheduled to take place shortly.

The missile is guided by an Infrared Imaging Seeker operating in the "Lock on Before Launch" mode with a range capability of 4-7 km — the longest for any anti-tank missile in the world. By comparison, the US-made Javelin and the Israeli Spike that use the lock-on-before-launch mode, the range capabilities are limited to 2.5 km.

HeliNa missiles will arm the weaponized version of Dhruv military helicopters, which will carry 8 such missiles in 2 quadruple launchers mounted on either side, linked to a nose-mounted stabilized thermal sight and a laser range-finder package.

At present, India uses American, European, Israeli, Russian, and Soviet-made anti-tank missiles. The Nag is meant to phase out all of these foreign weapons as part of New Delhi's "Make in India" initiative.