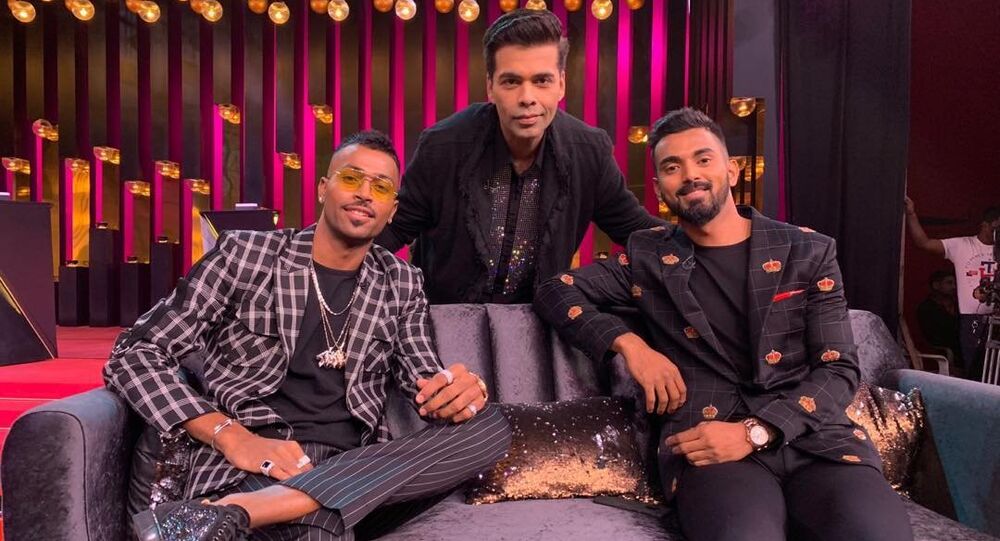 Indian cricketers Hardik Pandya and K. L. Rahul may have to battle in court to prove their innocence, with police registering a case against them for allegedly making sexist and misogynistic comments on the popular television chat show “Koffee with Karan”.

New Delhi (Sputnik) — Hardik Pandya and K. L. Rahul are again in trouble as a case has been brought against these Indian cricketers at the Jodhpur police for comments made against women on the famous talk show "Koffee with Karan", Jodhpur police have confirmed. The host of the chat show and Bollywood filmmaker Karan Johar has also been named as an accused.

Hardik Pandya and K. L. Rahul were earlier suspended by the BCCI (Board of Cricket Control of India) following the controversy over their allegedly sexist remarks on the TV show, which was aired on national television sometime in early January. Their suspension was lifted on 24 January.

However, the controversy has refused to die down, with the players being continuously trolled by netizens for their comments against women. They even tendered an apology on their respective social media handles.

Currently, Pandya is playing for Team India in New Zealand, while Rahul is playing matches against the England Lions representing the Indian junior team.