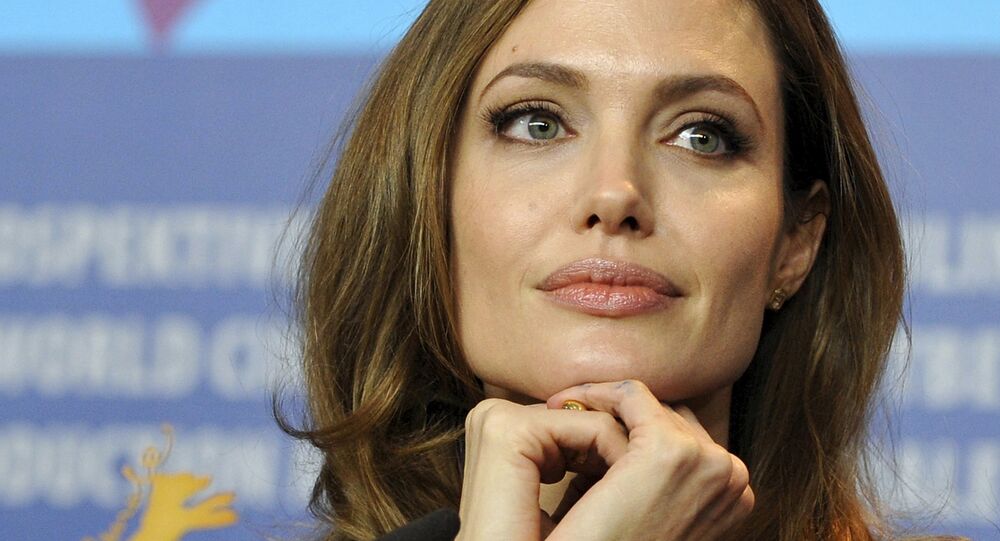 Time Not Ripe for Rohingyas to Return to Myanmar - Angelina Jolie

According to the United Nations, at least 26 military personnel and Arakan Army fighters died, while some 5,000 civilians were displaced in a fresh bout of violence that erupted last December in Myanmar’s Rakhine state.

Jolie arrived in Cox's Bazar, Bangladesh, on Monday morning to assess the humanitarian needs of the Rohingyas in her role as UNHCR special envoy.

Jolie observed that the time is not ripe to send the Rohingyas back to their homeland.

"People responsible for human rights violations must be held accountable for their actions," Angelina Jolie said on Tuesday while briefing journalists after interacting with refugees at the Kutupalong Rohingya camp in Cox's Bazar's Ukhiya.

Bangladesh is currently hosting nearly 1.3 million Rohingyas in different camps across the country, with Kutupalong being the largest refugee settlement anywhere in the world.

Her visit comes just before the launch of a new appeal for the humanitarian situation in Bangladesh – the 2019 Joint Response Plan – which seeks to raise some $920 million to continue meeting the basic needs of Rohingya refugees and the communities so generously hosting them. pic.twitter.com/71y2UOwRvm

Jolie also laid emphasis on the implementation of the recommendation of Rakhine Advisory Commission and working together with the UNHCR and others. She will conclude her Bangladesh visit after holding official meetings with Prime Minister Sheikh Hasina and Foreign Minister Dr AK Abdul Momen, as well as other senior officials in Dhaka, on Wednesday.

Meanwhile, the UNHCR is set to launch a new appeal seeking to raise $920 million to continue supporting the basic needs of Rohingya refugees.

Rohingya Muslims are originally from Myanmar, but millions of them fled the country amid an ethno-religious conflict in 2017. Currently, over 1.1 million Rohingya reside in Cox's Bazar's refugee camps.