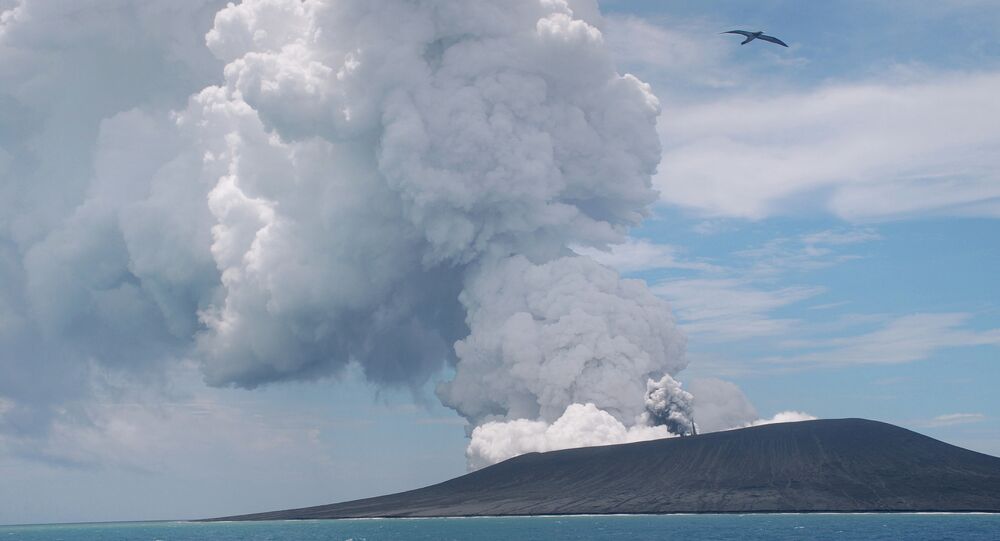 NASA Deduces the Lifespan of a New Island in the Pacific

The scientists who visited the island learned that parts of it are covered in vegetation, and spotted birds nesting.

NASA researchers studying a new island that emerged near the Hunga Tonga and Hunga Ha'apai islands during a volcanic eruption in 2015 have determined that this new land formation may not be going anywhere in the near future.

Describing their findings in a blog post, the scientists pointed out that this new island, which hasn’t even been officially named yet, "is one of only three that has erupted in the last 150 years that have survived the ocean’s eroding waves longer than a few months", adding that it continues to endure the elements despite showing signs of erosion.

© CC BY 3.0 / Fastboy / View to the Vistula Lagoon and Spit from Baltiysk.
Poland Plans to Build Artificial Island on Outskirts of Russian Exclave
"We were all like giddy school children," Dan Slayback of the Goddard Space Flight Centre said regarding his voyage to the island.

Upon their arrival, they discovered that while the island’s surface appeared to be mostly comprised of black gravel, some of it was also covered in clay mud.

The scientists also reported vegetation on the island, as well as signs of animal life, including a sighting of a barn owl and “hundreds of nesting sooty terns”.

The researchers are now busy processing the data they’ve obtained in a bid to develop “a more realistic 3D model of the island” and try to figure out exactly how long the island may survive.