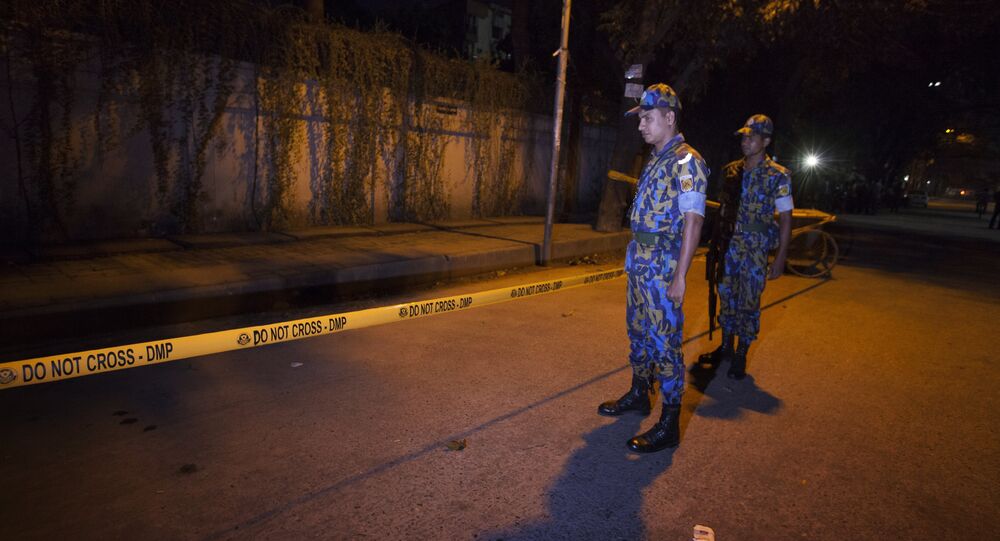 The person is being hailed a hero and showered with praise on the internet. Some social media users even suggested the man should come to India to tackle the country's rampant rape and sexual harassment problem.

An anonymous vigilante, who calls himself "Hercules", is roaming the streets of Bangladesh and killing rape suspects.

The body of the vigilante's third victim, recovered on Friday, had a printed note tied around its neck which read, "I am Pirojpur Bhandaria's [the victim's name] rapist Rakib. This is the punishment for rape. Rapists beware. Hercules," reports Bangladesh's Dhaka Tribune newspaper.

In Bangladesh, a vigilante by the name of 'Hercules' is killing rapists and alleged rapists and leaves notes on their dead bodies. The start of superheroes or just another glorified killer? https://t.co/EOo2jT3Bpn

The victim, the report says, is a suspect in a Jalakathi gang-rape case, and has been identified by Bangladesh police as Rakib.

© AFP 2020
Two French Police Officers Convicted of Raping Canadian Tourist in Paris
Prior to Rakib's murder, two other suspected rapists were killed in similar fashion, with notes also left behind. One of the men, Sajal, was co-accused with Rakib in the same gang-rape.

The vigilante's hard-line approach went down well in neighbouring India, with some social media users calling on him to help the country tackle rape.

Meanwhile, others suggested this development would make a good TV show.

A Netflix original waiting to happen.

"On his target are the rapists and rape accused of the country." https://t.co/AtfiG42IBg

Others branded "Hercules" a hero.

Real Life Hero… Anti Hero… Thank you for giving us the Justice..

Please Kill them All… And let the fear prevail amongst Rapists #Hercules #Warrior #Hero4ever https://t.co/QoqLnNgVhc

Hey #Hercules from Bangladesh, whoever you are, you are a Hero. May the legend be a myth, but you certainely are saving lives and giving us hope. Thank you. Shall everyone accused of rape recieve death. #Bangladesh

Chris Brown Released After Being Detained in Paris on Rape Allegations