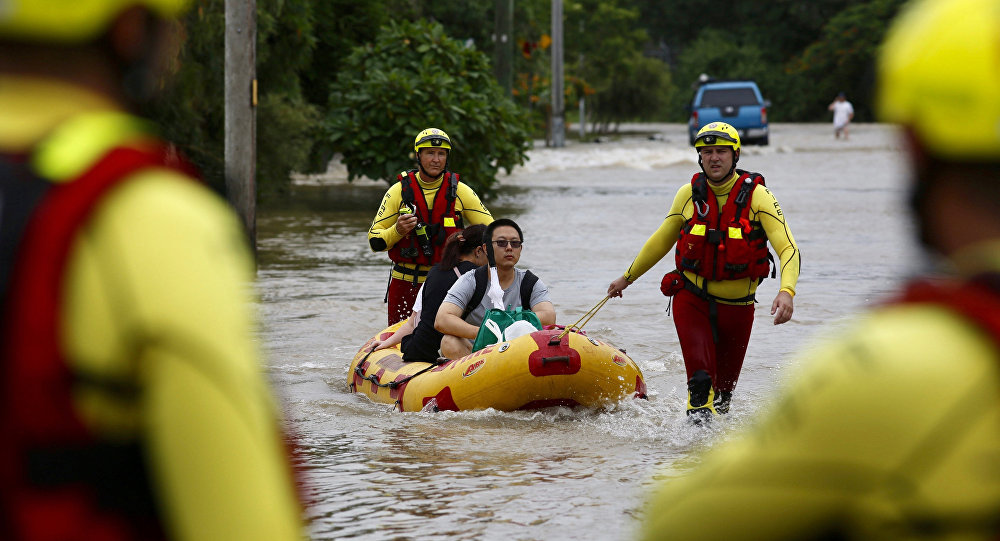 Australia's emergency services are grappling with a disastrous flood caused by torrential monsoon rain in Queensland; up to 500 homes in Townsville are now underwater after authorities decided to open the gates of the Ross River Dam, news.com.au reports.

At least 200,000 people were affected by the flood and up to 500 homes in Australian Townsville are now underwater due to dangerous "unprecedented" flooding that affects Queensland, according to the Australian media.

Moreover, the disaster made some snakes and crocodiles start roaming the streets.

This comes after, earlier, the monsoon forced the authorities to initiate the full opening of the floodgates at the Ross River's dam releasing approximately 2,000 cubic meters of water per second.

Emergency services are now working at the scene to evacuate people and eliminate the disaster. Moreover, the Australian military has arrived to provide assistance.

The Australian media cited the officials as saying that "dangerous and high velocity flows" had been spotted along the Ross River. This made the authorities issue a major flood warning after record heavy rains.

Despite these efforts, by Monday morning, the dam has held over 500,000 gigaliters of water which represents its 229 percent capacity.