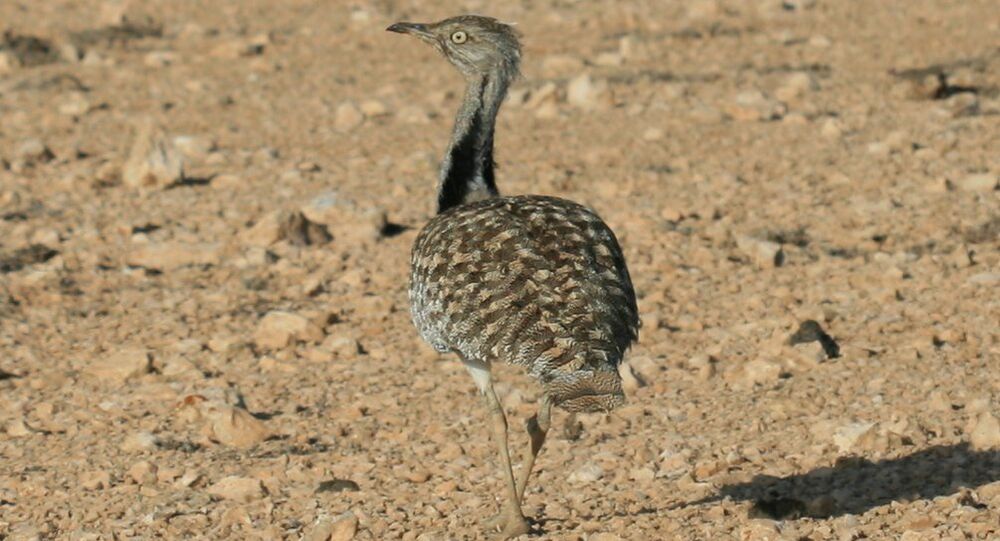 The bird is a protected species across the globe, including in Pakistan, where locals are barred from hunting it. Despite the ban, successive governments have gone head-over-heels to cater to "royal interests".

In the spirit of "what locals can't do the royals can", Pakistan's federal government has reportedly granted special permits to royals from the Gulf region, enabling them to hunt houbara bustard — a globally endangered and protected migratory bird species. The bird is a native of Central Asia, but migrates southwards in winters to avoid the harsh weather conditions there.

Among those given permits are a Gulf king and president, in addition to crown princes and army chiefs belonging to the region's royal families, according to a report in the Dawn newspaper. Specifically, the royals are from Saudi Arabia, the UAE, Bahrain and Qatar.

In fact, during the tenure of the last government, headed by Nawaz Sharief, Khan refused to allow such hunting to take place in the province of Balochistan, where his Pakistan Tehreek-e-Insaf (PTI) Party was in power. But this year, the PTI-ruled federal government issued hunting permits for the endangered bustard, drawing criticism on social media for its hypocrisy.

Governments change but the policy to grant hunting permits to Arabs to hunt the #endangered Houbara Bustard stays the same https://t.co/OSwJzsMAcg

Houbara bustard continues to remain the pillar of our foreign policy. 100,000 $ per family is the icing on the foreign policy cake.

The price of a licence to kill a protected bird is less than the price of one falcon used in the killing.

What happened to @PTIofficial's tough stance on animal conservation? As KPK Provincial Govt. they didnt allow hunting of houbara bustard in the past. Now even a person under investigation by FIA for money laundering receivd a hunting permit.https://t.co/iFkCA7WiPJ pic.twitter.com/1JDfXwWBjP